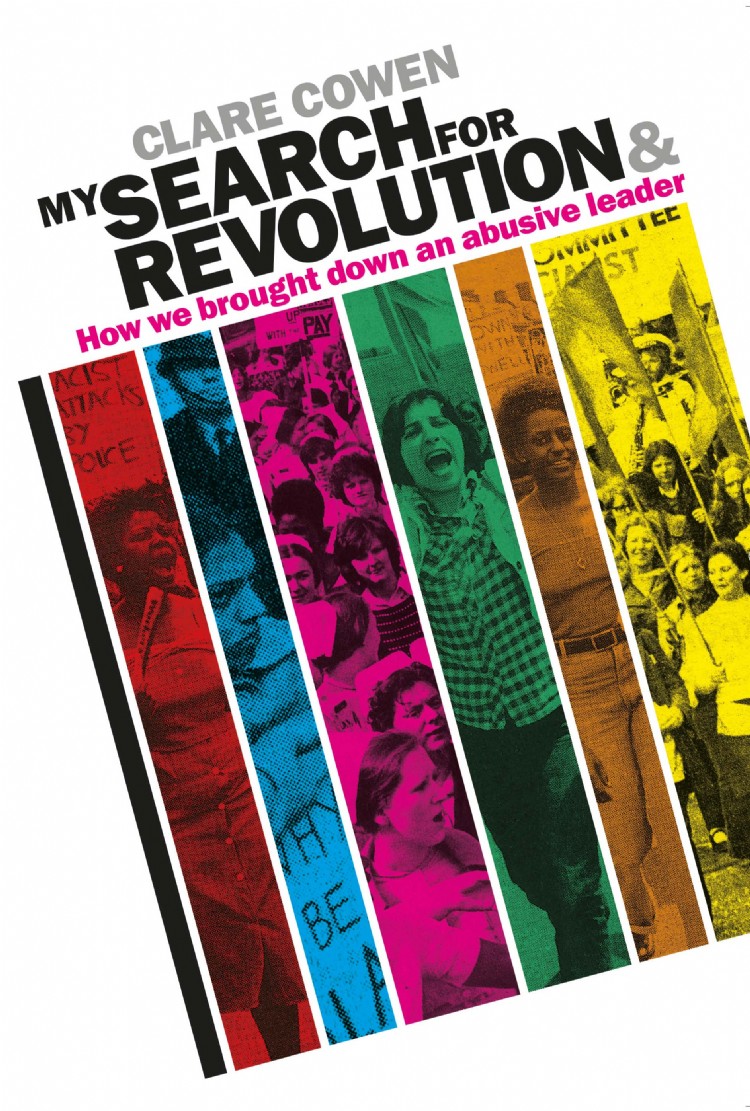 & How we brought down an abusive leader

In October 1985, Gerry Healy was expelled from the Workers Revolutionary Party (WRP) on charges of sexual abuse and violence. His defenders included leading Party members Vanessa and Corin Redgrave and sympathiser Ken Livingstone. Clare Cowen was one of five Party members who secretly laid plans to challenge Healy. Now, in a tell-all book, she sets the record straight.

Cowen joined the Trotskyist Young Socialists and Socialist Labour League, later to become the WRP, as a student in Bristol in the heady days of the late 1960s. It was exhilarating; she felt in tune with major class struggles and believed her actions were making a difference. But by the early 1980s she began to question Healy’s autocratic control of the Party’s policies, members and finances.
The 1984-85 miners’ strike raised troubling questions among the members about Party policies. On 1st July 1985, Healy’s secretary went into hiding, leaving a letter exposing his decades-long sexual abuse of Young Socialists and women Party members. The work of the five conspirators was beginning to bring about his downfall.
Press Coverage

My Search for Revolution, by Clare Cowen, is a passionate and cool narrative of Clare’s life in the Trotskyist movement and events in the Workers Revolutionary Party in 1985. This book records how the sexual and political corruption of leadership of our party was dealt with. It must never be forgotten within the revolutionary movement. Clare reports in an exciting narrative the heroic secret resistance that led to the defeat of Gerry Healy and his clique.

There are glorious fragments of evidence that anyone familiar with the Centre will recognise: ‘Sheila’s method of Party building is exhortation and haranguing,’ for instance. There are extraordinarily significant sections, such as the very brief one on The Women Question, and the attempt to explain why TG Healy was revered by the vast majority of the membership, not of course counting those who had given up political activity or in Healy’s words ‘taken off’. Most of us were loyal even when we had begun to think something was seriously wrong. Clare explains that very well in her account of the Special Congress of 1985 when we expelled Healy: ‘Gerry’s activity had pervaded all past Congresses. He had intervened in the discussions, he had always made a powerful speech at some point to direct and inspire our work with incisive analysis, compelling perspective, skilful oratory… ‘.

I received the book on Friday, began to read it as soon as possible, and couldn’t stop until it was finished at about 2 am.

Note about the reviewer: I was a member from 1969, when I first began to read Workers Press, at first of the All Trades Union Alliance and then of the Socialist Labour League. I learned a great deal about the early part of the conspiracy from the book, partly because in 1985 I had not been allowed near the Centre. I was struggling to keep money coming in from non-existent readers and members and in addition had been kept busy by doing peripheral jobs that kept me driving round the country and guarding the Brixton and West Ham bookshops. Once a week I wrote a book review for Workers Press.

Part way through the events I had a TIA as I was driving through the rush hour in Peckham on the way to establish loyalty to the Party among comrades who were no longer members. For some weeks I was incapable of doing anything. I was so unwell that I went to my GP who immediately sent me to a consultant who asked me if I ever missed a night’s sleep? I automatically replied, ‘No,’ but then I thought and said innocently ‘Not more than about three nights a week’. ‘That’s what’s wrong with you!’ he said.

After the Special Congress I became a member of the Central Committee, along with a number of other comrades who had been put out to grass.

This book is dynamite. In telling her own story Clare uncovers the workings of a psychopathic predator and the devastating impact on those around him. She gives a voice to Gerry Healy's victims to whom she dedicates this book. The book sheds light on the inner workings of a cult that operated through fear, humiliation, bullying and absolute control. Read it and learn.

This book is an account of a young woman's idealism and commitment to revolutionary socialism. She has revealed so much of her life's journey: a strict internal regime that pushed members to the extreme limits, bled money and resources continuously from adherents. The Party could never be wrong. But it was and she and others brought down an abusive leader.

In parts this is a tough book to read. Whether it was a cult or a sect, the WRP destroyed people, families and relationships. It was a pariah "left" group. It was the "Heineken" group of so many political groupings: it got to be the AWFUL most embarrassing group in British left politics. I was in the group for 7 years (1964-71). This book is vitally important for all socialists, feminists and libertarian thinkers.

The first thing that needs to be acknowledged and stated is to praise women like Clare Cowen who faced with enormous pressure, coercion and knowing that their lives will never be the same again are prepared to expose and ultimately bring down those men who use their position of power to demean and violate women for their own perverted sexual and psychological needs. Whether in the world of commerce, entertainment, the aid sector or politics, many of these men felt entitled and empowered to use their positions to do what ever they wanted to do.

One such man was Gerry Healy, an obnoxious violent bully, control freak, manipulator and sexual predator who even when in his seventies preyed on women, some of whom were in their teens. This so called heir to Trotsky and great political thinker pontificating and immersing himself in the works of Marx, Engels, Lenin and Trotsky clearly never had much time for or concept of feminism, gender equality or even basic human decency. I must admit that I'm not sympathetic to Clare's politics or possess little understanding of the Byzantium world of far left British politics with its myriad of small parties forever fragmenting into smaller factions, but despite this I found the book interesting, thought provoking and quite gripping as the narrative goes from one meeting to another where the battle to unmask and remove Healy takes place. I was even somewhat reminded of a John Grisham with the committee members taking the place of jurors.

Claire's story begins in what was then called Southern Rhodesia and then via student days in 1960's Paris she becomes under the Svengali influence of Healy, first in the Trotskyist Young Socialists and Socialist Labour League and then in its successor the Workers Revolutionary Party. A cult like set up, Healy's word was supreme and he would dictate where Claire would work, live, befriend and even when to marry. (later deliberately breaking this up). Even sending her to the North of England in order for her to eschew her middle class persona to become more working class, this at a time when many of us actually in the working class were looking to move in the opposite direction.

Every single waking moment of her day was consumed with the class struggle. She describes well the industrial and political turmoil of the 1970's when there were such things as coalmines, steel works and factories together with powerful trade unions. Throughout Healy would display physical and non physical violence leading to speculation that he was actually mentally ill and paranoid. He would also sexually abuse Clare but at that time she thought she was the only one, eventually 26 women would come forward.

Sometimes this was difficult to read and one can only express anger at Healy's defenders such as Corin Redgrave who unbelievably at one point equates the condemnation of rape to middle class moralising, his enigmatic sister no better. My only regret at the conclusion was that Healy was not brought to trail but as he dead 3 years after his expulsion, presumably a broken man then I suppose some semblance of justice was achieved. A powerful read that both acts as a warning but also a testament to bravery and courage. Recommended whatever your political beliefs.

An absorbing and truly fascinating account of Clare Cowen’s life in the Workers Revolutionary Party and her rebellion against its charismatic but monstrous leader Gerry Healy, who was eventually expelled on charges of sexual abuse and violence. What an abominable man he was! Beats me how he managed to control so many of his acolytes for so long – and these included not only the author of this honest memoir, but also such luminaries as Vanessa Redgrave and Ken Livingstone. So many were in thrall to him, unbelievably fearful of his power, and none of the young women he took advantage of had the courage to stand up against him, until Cowen took matters into her own hands with a few other courageous members of the party. The book is not only a gripping tale of political shenanigans but an insightful picture of how revolutionary parties start out with the purest of aims and ambitions and how quickly they degenerate into factions and opposition groups. A great read – and an important one. 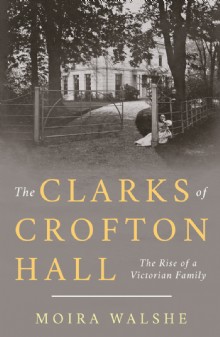