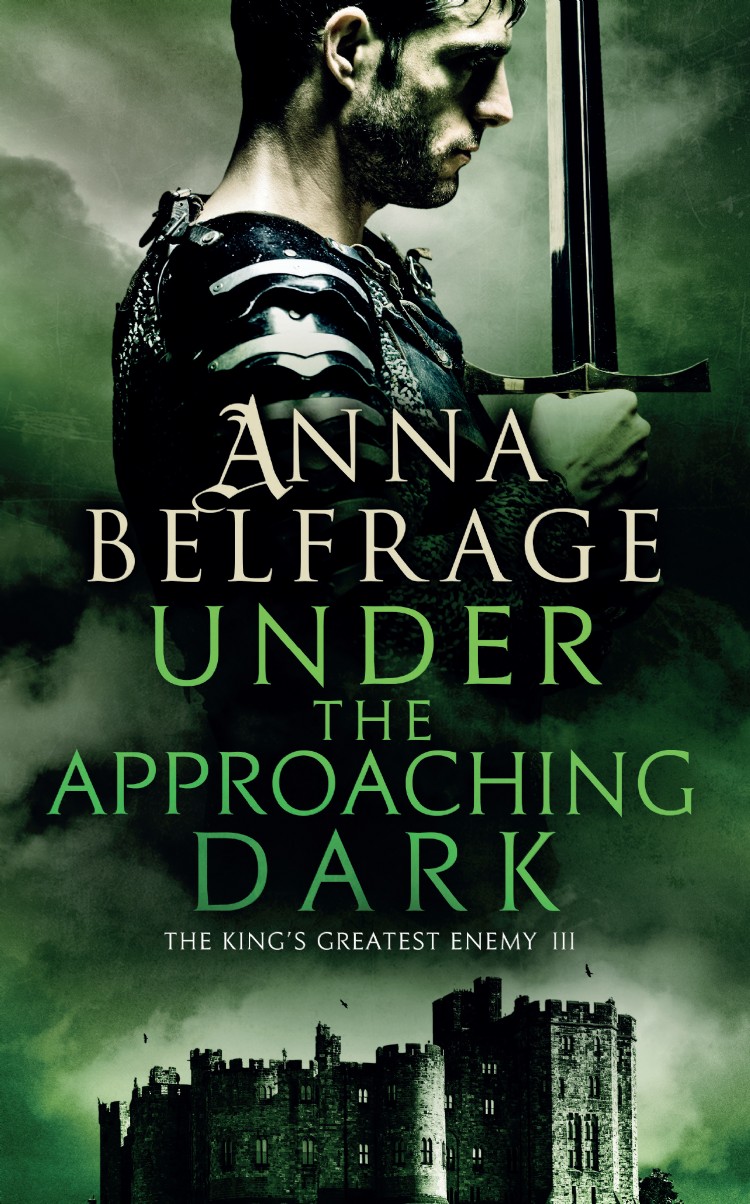 Adam de Guirande has cause to believe the turbulent times are behind him: Hugh Despenser is dead and Edward II has been forced to abdicate in favour of his young son. It is time to look forward, to a bright new world in which the young king, guided by his council, heals his kingdom and restores its greatness. But the turmoil is far from over… After years of strife, England in the early months of 1327 is a country in need of stability, and many turn with hope towards the new young king, Edward III. But Edward is too young to rule, so instead it is his mother, Queen Isabella, and her lover, Roger Mortimer, who do the actual governing, much to the dislike of barons such as Henry of Lancaster. In the north, the Scots take advantage of the weakened state of the realm and raid with impunity. Closer to court, it is Mortimer’s increasing powers that cause concerns – both among his enemies, but also for men like Adam, who loves Mortimer dearly, but loves the young king just as much. When it is announced that Edward II has died in September of 1327, what has so far been a grumble grows into voluble protests against Mortimer. Yet again, the spectre of rebellion haunts the land, and things are further complicated by the reappearance of one of Adam’s personal enemies. Soon enough, he and his beloved wife Kit are fighting for their survival – even more so when Adam is given a task that puts them both in the gravest of dangers. Under the Approaching Dark is the third in Anna Belfrage’s series, The King’s Greatest Enemy, the story of a man torn apart by his loyalties to his lord, his king, and his wife.

The third installment of The Graham Saga has now been published. In The Prodigal Son Matthew and his wife Alex are back in Scotland - not that Alex finds it any safer there than in Virginia. In many ways, The Prodigal Son contains the story that inspired me to write about Scotland in the seventeenth century to begin with, namely that of the religious persecutions which followed in the wake of the Restoration - at least in Ayrshire. Charles II had valid reasons to be somewhat nervous of the impassioned beliefs of his Scottish subjects (one could, to some extent, hold the Scottish Covenanters responsible for Charles I capture and subsequent execution)and if the monarch was jittery, his ministers were even more so, especially those amongst them who were fervent Anglicans. Laws were enacted, oaths were demanded, and those minsiters who refused to abandon their beliefs in a Scottish Kirk ruled only by God (and the General Assembly) were ousted from their livings.
For Matthew Graham, born and raised a member of the Scottish Kirk, it was inconceivable not to help the rebellious ministers as well as he could. I also suspect Matthew was rather excited by all this action and adventure, an opportunity to vindicate himself as a man of action after his harrowing experiences in Virginia.
"What? I did what I had to do," he says when I raise this. "My brothers were suffering. How could I not help?"
"But you didn't mind the odd swordfight, did you?" I say. "I mean that time when..."
"Shush! Alex doesn't know about that!"
"Know about what?" Alex appears in the door, a smudge of flour on her cheek.
"Nothing," Matthew says, his hazel eyes boring into me.
"Nothing," I say, nodding repeatedly.
"Huh." Two frigid blue eyes dig holes in my head. It's sort of uncomfortable to be caught between the two of them, so I do my writer thing and fade out of the picture.
"You're not doing anything stupid, are you?" Ales asks, wiping her hands on her apron.
"Stupid?" Matthew widens his eyes. "Me?"
"If..." Alex steps up close enough to touch his arm. "I'd break apart if something happened to you."
"Nothing will happen to me," Matthew says, attempting a little laugh. "Of course it won't."
To that, dear reader, all I can say is HA. A lot will happen to Matthew - and, as a consequence to Alex. But if you want to know more, you'll have to read the book. I am hindered from revealing more here, as a certain Matthew Graham has told me he'll have my guts for garters if I do.
"She doesn't need to know," he mutters.
Silly man.Eventually, Alex will find out just what her husband risks to help his ministers. And let me tell you, she won't like it one bit!

***************************************
Sometimes people ask me why Alex had to be born in the twentieth century, why not make her a woman born and bred in the seventeenth century? The answer to that is that I have no idea. Alex Lind is an insistent, vibrant character that one day popped into my head and since then refuses to leave, filling my dreams with jumbled stories of her life.

So, dear reader, I give you Alex Lind, a very reluctant time traveller who finds the man of her life on the other side of the time chute – even if at times she considers Matthew Graham an enervating, old-fashioned bastard. But it only takes a slow smile or the lightest of touches – his hand on her back, his fingers grazing her cheek – for her to forgive him for something he can’t help to begin with. Of course he’s old-fashioned, how could he not be given his time and age?

Matthew is much offended. Him old-fashioned? Has he not spent years of his youth fighting the cause of free men against an oppressing king? Besides, if he’s old-fashioned, Alexandra Lind can be quite enervating, and at times he’s sorely tempted to belt her, what with her loud opinions and half-heathen ways. On other occasions he mutters a grateful prayer, thanking the dear Lord for this miraculous woman who landed so propitiously at his feet. A handful she might be, but she’s his handful and God help the man who attempts her any harm.
They might have been born three centuries and more apart, but she is his woman and he is her man. That’s how it is, that’s how it always will be.

When I began writing A Rip in the Veil, it had a clear beginning, a number of very detailed scenes that I could recite verbatim should someone wake me at three a.m. and a rather vague ending. Fortunately, as it turned out, because my dear characters decided to have a major say in how things turned out, and so the original plot line (however dotted) did a ninety degree turn at one point, doubled back a couple of chapters later and then set off at full speed in a direction not intended by yours truly.
I mostly blame it on Alex. Well, no; on Matthew. Anyway, the consequence of all this re-plotting was that I got to know my characters really, really well. (It was almost like those all night sessions while at Uni; me, wine, and instead of a lot of partying friends a notebook and my imaginary best friends. Somewhat weird, at times …)
Now and then Alex would wink at me and wonder if I didn’t want to know the rest of their story – oops, stories. Of course I did! For some reason, Matthew seemed discomfited, and it was only through insistent wheedling that I came to understand why. My old-fashioned hero had something of an issue with the leading lady coming to rescue him – as she does in the second book of the series, Like Chaff in the Wind.
“I’m not old-fashioned,” he sort of growled when I pointed this out to him. “But I’m the man, she’s the woman. If anyone’s to do any saving it should be me!”
“You do that all the time,” I replied, “if it hadn’t been for you, poor Alex would have been dead – or worse – days after having dropped through the time chute.”
He liked that I could see, angling his head so that he could throw his wife a look.
“She can’t live without you,” I said.
He raised a brow. "Of course she can.”
“You know what I mean! Something inside of her would shrivel and die without you, and so …” I shrugged. There’s no choice really. In Like Chaff in the Wind Alex has to set out after her husband, the rock on which her entire existence is built on.
Yet again Matthew looked at Alex. “She’s something, isn’t she?”
As if she’d heard him, Alex lifts her face in our direction. She smiles, raises a hand to touch her neck, her hair in a way that makes Matthew fidget.
“She most certainly is,” I agree, thinking that he isn’t too bad himself, what with that slow smile that always makes my heart flutter, those large, warm hands that glide so gently down her back. I turn back to him. He’s no longer there, hastening towards Alex.
“It’s not the last book,” he calls over his shoulder, “there’s plenty more to tell, aye?”
I can imagine; next time round he’ll be the hero, the order of things properly re-established.
Like Chaff in the Wind is an adventure, a journey from one end of the world to the other. It is a story that invites you to shut down your computer, turn off your phone and drift off into a time when life was so much simpler than today.
“Simpler?” Alex and Matthew say in unison. Matthew frowns at me, absentmindedly rubbing his shoulder.
Oh dear. “I didn’t mean it like that,” I say. And, dear reader, they’re right. It’s not an easy life they lead those two, not at all. But it does make good stories, let me tell you, and I hope you’ll enjoy reading Like Chaff in the Wind as much as I enjoyed writing it!

I was always going to be a writer - or a historian, preferably both. Instead I ended up with a degree in Finance, with very little time to spare for my favourite pursuit. Still, one does as one must, and in between juggling a challenging career I raised my four children on a potent combination of invented stories, historical debates and masses of good food and homemade cakes. They seem to thrive ...

Nowadays, I spend most of my spare time at my writing desk. The children are half grown, the house is at times eerily silent and I slip away into my imaginary world, with my imaginary characters. Every now and then the one and only man in my life pops his head in to ensure I'm still there. I like that - just as I like how he makes me laugh so often I'll probably live to well over a hundred.

I was always going to be a writer. Now I am. 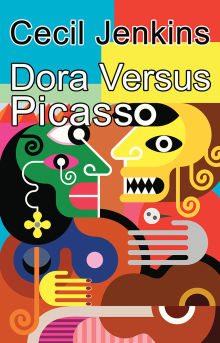