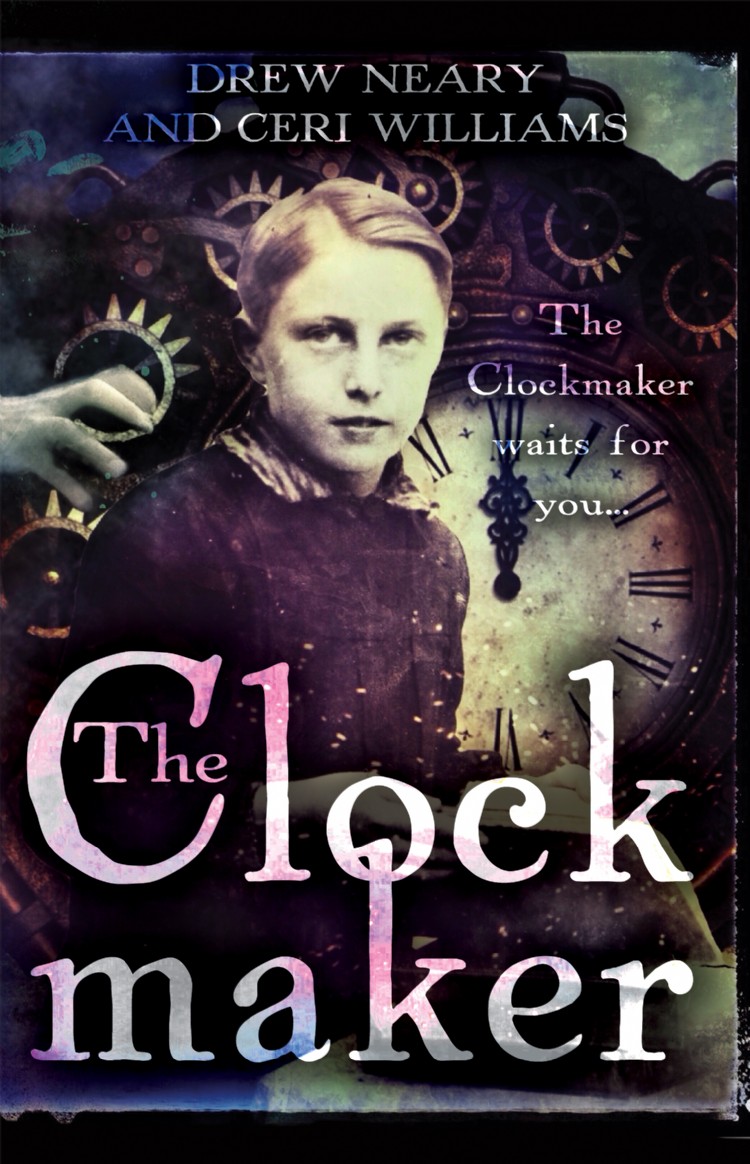 The Clockmaker waits for you...
A gripping supernatural novel set in post-blitz Scotland, the first of a planned trilogy.
“No man in this world may boast of his might, he is awake in the morning and dead at night.”
Widowed in World War 2, Annette and her young son face a completely different life as they exchange the devastation of post-blitz London for the slow pace of a small village. The house they have inherited is old, its bones still settling, creaking noises in the dead of night and the murmur of scritch-scritch in the walls. Located outside the village of Lochnagar, it’s been empty for many years – and for good reason.
The unfolding of how the Clockmaker made his plans, his meticulous preparations and macabre creations, all builds up to a series of gruesome, horrific murders. These have just one end in view: his release from that which has held him captive for centuries.
A chilling supernatural novel with characters you’ll come to care for, The Clockmaker will interest anyone who fears the dark – and what might lie in the shadows...
Press Coverage 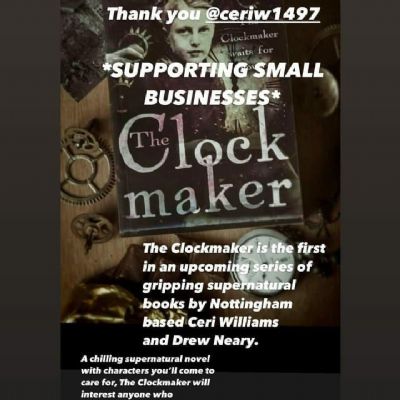 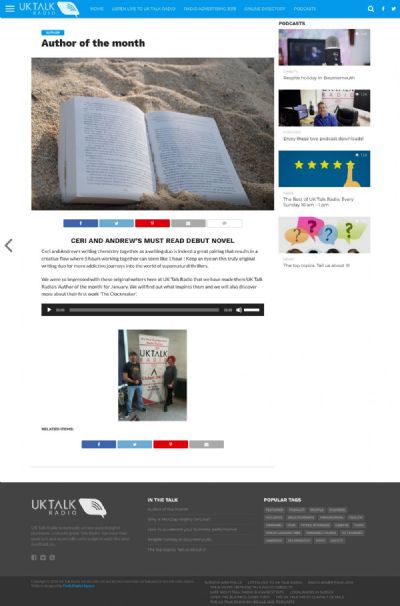 Wow. Words cannot begin to describe just how good this book is. I was grabbed within the first couple of pages and was not let go until I finished the whole book. Thankfully, I don't need to get up early in the morning!
I found the book to be extremely well written and the beginning of a fantastic trilogy. I certainly can't wait until the next installment.
That to Netgalley and the publishers, Troubador Publishing Limited for the opportunity to read this amazing novel and a huge thankyou to Drew Neary and Ceri William's for writing such a captivating story.

Received "The Clockmaker" as part of an eARC a few days ago and thoroughly enjoyed reading it. This book is a fabulous mix of many genres as the story has so many things going on. There's a bit of magic/supernatural, there's some sci-fi elements, history; we could even call it a thriller/ horror fiction. The story is about a little child, Duncan and his mother, Annette, who are moving to his father's ancestral place in Scotland, where they plan to start a lodging service. Duncan's father died in WW2 and the story is interspersed with soft, loving memories of the man. On their way to Scotland they meet a man whom they later find in their own village as a guest in their lodge. Who is this mystery man and does he have any role in the many strange things happening in this little Scottish village? The answer to these questions is what this book is about.

The book is a complete page turner and you won't be able to keep it down, once you have picked it up. The story flows beautifully from one view point into another. While there defnitely are some loops left opened at the end of the story, I believe the closure to these would be attained in the sequel (really looking forward to it!). Overall, a great read!

Can I just say how much I loved this book?! My favorite character was Annette and "her little boy."
I can't believe how a book written so well can make the world disappear! I could not put it down. This was definitely a to be re read book!
I highly recommend!

OMG.! The ending of this book was really freaky. I wasn't sure what I was going to get when the description stated sci-fi, paranormal, and it sounds like a historical fiction. This book was AMAZING! The beginning has the story split between an old man that was captured by the Nazi's and forced to create things and a widowed woman and her son. There were a couple of times that I had to go back and re-read because I wasn't sure which story it was. Then the story seemed to merge and was much easier to follow. The Sci-fi element is steampunk-ish creatures made from gears and bones and the paranormal aspect happens at the end (can't say cause it will spoil it). This book had me creeped out, and I can't wait for the second one!.

One of the most well-written books I've read in a while. The setting development cannot be beat and you actually are placed dead in the center of every scene.

The horror aspect of the book really doesn't materialize until 60% or so through the book, but when it happens, it will literally give you chills. The only word of advice I would give is to read past the acknowledgments as the two-chapter epilogue wraps things up in a nice bow and makes the ending of the "regular" portion of the book even more eerie. I will admit that I almost shut down the Kindle once I got to the acknowledgments page, but glad I flipped pages - just to make sure!

by David Kaiser (via NetGalley)

All the stars and a few full moons, too, for this amazing gothic thriller!

First, take a look at that gorgeous cover art! Rarely are we treated to such beautiful cover art. Of course, that is just the beginning. The real treat is inside the cover where there awaits an amazing cross-genre tale that will have you hooked from beginning to end.

The Clockmaker is the story of Annette and her son, Duncan, who are moving to an ancestral home in the highlands of Scotland. It is a tale set during the post-war era and has all of the atmospheric prose of that time period. The house is old, full of creaks and sounds that lend to the overall aura of the book. Of course the house comes with secrets, a some-what supernatural element and an old man that is full of surprises. As murders begin to happen, Annette starts to wonder how this man is tied in with the murders and the other strange events that the small family is experiencing.

This tale is fabulously written. There are times that it could have veered off into the "campy" side of horror or supernatural but it never once did that. Instead, it is captivating and will have you mesmerized until the very last page - and then you will want more because this is the first book in a trilogy! While this story ends well, there obviously are questions that will be answered in subsequent books - and I cannot wait for those books to be written and printed!! The Clockmaker offers something for everyone's tastes: history, horror, supernatural, thrills and suspense. I highly recommend it for all.

Tons of thanks to #Netgalley, #Troubadour Publishing Limited, #CeriWilliams and #DrewNeary for my copy of this outstanding book!

by Mackey Stanley (via Netgalley)

Annette and her young son are going to live in Scotland in the childhood home of Annette's husband, Gordon. It is just after WWII and Gordon has been killed in the war. They meet a strange, elderly gentleman who (in true gothic style) is not what he seems........

I must issue a warning to all prospective readers. This is the sort of book that leaves you with just as many questions at the end as at the beginning. They may not necessarily be the same questions but this is not a book which wraps up all the threads neatly.

This is definitely gothic with a touch of steampunk in there. The old man was a clockmaker and makes clockwork toys - well sort of anyway. The character of the old man slowly unfolds as the book progresses - who or what is he?

I enjoyed this book. It has some gothic, is a bit historical, has some supernatural and a touch (but only a touch) of horror. This is not a blood, guts and gore book but a clever unravelling of a story where the human characters are not the most unnerving.

There is a fantastic climax in this book. It is a movie makers dream. I won't describe it totally as we don't want spoilers but in a true gothic style it includes a dark hillside and a storm. I was fortunately enough to be reading this at a brass band practice. (strange but true) As the scene unfolded in the book the band started to play "Spirit of Brass" which rose to a crescendo in perfect timing with the climax of the book. It was excellent and I am sure heightened the tension & suspense of the scene. There is a lot to be said for having a soundtrack to books - maybe I should patent soundtracks for ereaders!

The book is well written. There are two contrasting atmospheres throughout the book - that of Duncan and his Mother who seem to be quite happily normal & then there are the dark undertones of which they are seemingly unaware. It really is well written.

by Debra Found (via NetGalley)

The Clockmaker is a work of supernatural fiction penned by co-authors Drew Neary and Ceri Williams. Written as the opening to a whole series of works in the paranormal field, this first novel focuses on Great Britain in its time of rebuilding after the devastation of the Second World War. London refugee Annette leaves her bombed city for a new life in the country, taking her little son with her in the hope of a better life for him. But as time moves on in the village of Lochnagar, it becomes apparent that Annette has only traded one kind of horror for another: the Clockmaker is about to put his sinister plans into action on her doorstep.

One of the wonderful things about finding a truly gothic novel is the sensation that all is not well even in the ‘normal’ section of the story before the supernatural elements set in. Authors Drew Neary and Ceri Williams do a superb job of keeping you looking out of the corner of your eye for horrible, paranormal clues, even though the full punch of the supernatural horror doesn’t come until the big reveal at the book’s finale. I enjoyed the character development immensely, as well as the quintessentially British atmosphere that this kind of small village horror tale thrives on. It was brilliantly written with a selection of both historic and atmospherically creepy terms, and the conclusion was both surprising and satisfying to the tale as a whole. Overall, The Clockmaker comes highly recommended as a great gothic thriller. 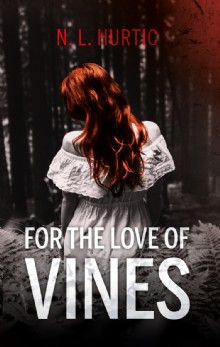 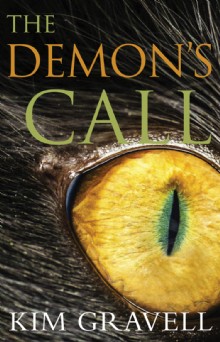 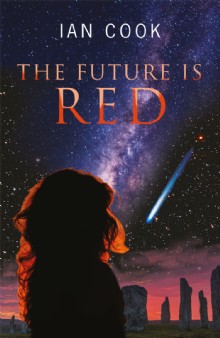 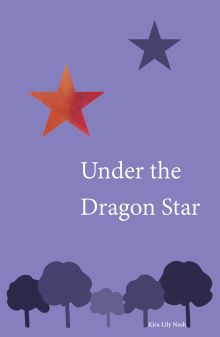 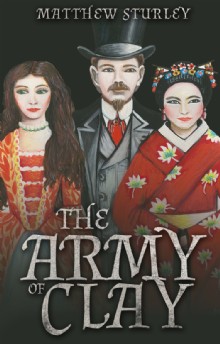