Much has been written about aircrew of all categories, and quite rightly so. But, very little has been documented about the hundreds of thousands of ordinary, yet quite extraordinary, men and women, who served their Country no less valiantly, often in the most arduous of conditions, to keep those aircrew and their aircraft flying.
Sid Jefford’s memoirs of his time on 208 Squadron during a large part of the Second World War constitute a wonderful collection of impressions and experiences as felt by a hardworking, humorous and genial ground crew engineer. Sid’s easy style and comprehensive recall combine to deliver a very readable and often moving account of life on a front-line Squadron in war time.
Superbly illustrated with many original photographs, this reproduction by Group Captain Neil Meadows does great credit to the original manuscript. The attention to detail in the narrative ensures a complete and convincing pen picture of the places and situations in which Sid found himself. Above all, what shines through is the determination and dedication of Sid and his contemporaries to strive to do their very best to succeed in whatever task was set before them.
The inventiveness and resourcefulness of these characters beam out from the pages. The seriousness of the situations is not overstated and yet the constant humour is heart-warming rather than flippant. Sid Jefford rose to meet all the differing scenarios he encountered with determination and good will. His manner was wholesome and endearing and that continued through the rest of his life. He was an outstanding man and truly worthy of all the accolades which were heaped upon him.
“Two-Six,” is a valiant testament to his drive, determination and dedication, and is a worthy contender as a 'must read' for anyone interested in what life on the front line in war time was really like.

Sid Jefford joined the RAF in December 1939 and, after training as a Flight Mechanic (Engine), sailed for the Middle East. In March 1941 he was posted to 208 Squadron and joined Workshops Flight, an organisation that played a crucial role during the many moves to and from basic forward landing grounds as a result of the continuous advances and retreats of the time, and which was was responsible for the servicing and repair of aircraft, and the maintenance of mechanical equipment. Within days of arriving at Barce in the desert, the Squadron headed for Greece,only to spend most of its time retreating before having to be evacuated.

Sid's adventures over the next four years encapsulated every aspect of Squadron life. He progressed from the Lysander to the Hurricane and then to the Spitfire V and IX. From Greece to Syria, to Iraq, back to the desert and then to Palestine before heading for Italy, Sid and his colleagues travelled miles by road and track. They encountered many situations when ground crew resourcefulness and initiative resolved countless difficulties. They came under enemy fire, worked under the most arduous conditions, and suffered the loss of pilots, whom they had waved off on operational sorties.

Sid's skills, stoicism, sense of irreverent humour and intense loyalty typified all that was so good about the Squadron's ground crew over its 100 years of history. He was a wonderful example of those men, and his brilliant service to 208 Squadron was recognised when he was one of the few airmen to be 'Mentioned in Despatches'. He left the Squadron on New Year's Day 1945, having served continuously for a few weeks short of four years.

Following his demobilization from the RAF in 1946, Sid briefly returned to his Father's greengrocery business before returning to engineering. He began the 55-year career that followed as a manager in a precision engineering firm, before becoming a Director in 1961 and, ultimately, the Managing Director. He developed a keen interest in an innovative new material, poly-tetra-fluoro-ethylene otherwise known as PTFE or 'TEFLON', and formed a new company to manufacture components in the new plastic, introducing new tooling and manufacturing methods from America to the UK.

On retirement from his Directorship, Sid began part-time employment at a local college training post-graduate engineers in machining and workshop techniques. With his experience in plastics engineering, he was also engaged by the Ford Motor Company at Dagenham to train maintenance engineers in the installing of gas pipelines for both over-ground and under-ground installations. At the same time, Sid started up his own small company as a consultant in engineering and plastic materials technology. Sid's final engineering employment began in 1997 as a five-week contract with GE Lighting at Enfield to study production techniques for fluorescent lighting tubes and to write Operators Instructional Manuals for each process. This contract lasted for three-and-a-half years before Sid, now in his eighty-first year, decided finally to retire from paid employment in 2001. He passed away on Christmas Day 2016, aged 96. 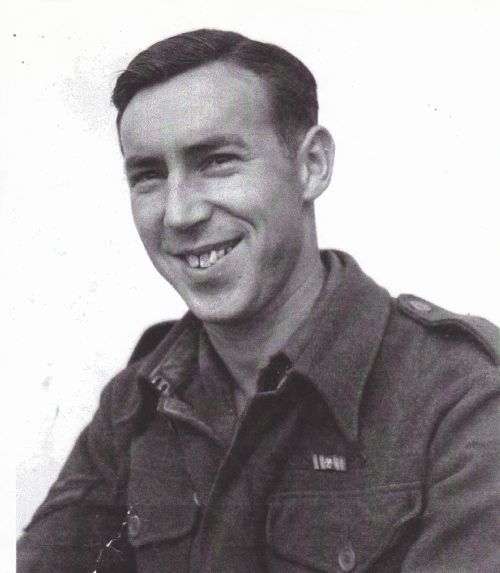