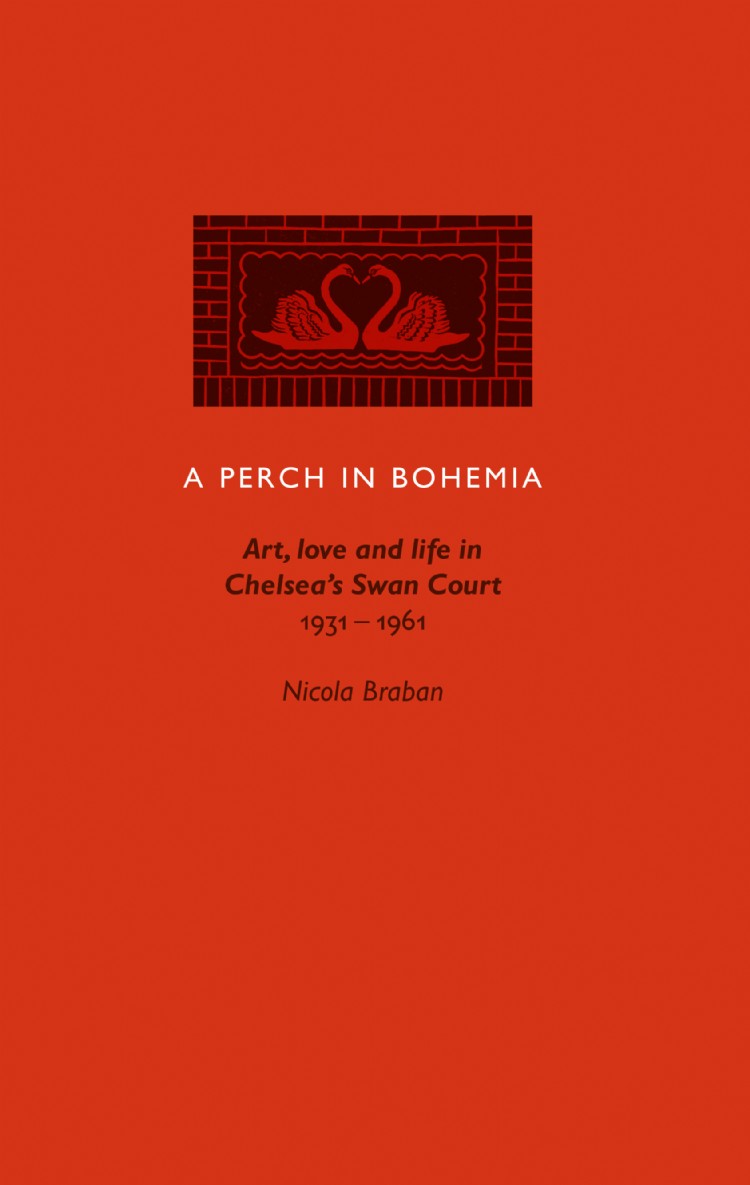 Swan Court, home in the 1940’s to Agatha Christie and the young Margaret Thatcher, was the first modern block of flats to be built in Chelsea in the inter-war years, its uncluttered labour-saving spaces offering a new way of living to Londoners in flight from the over-stuffed opulence of Edwardian mansion flats. From 1931, when it opened, the building’s unique mix of flats, maisonettes and artists’ studios attracted an eclectic following, war widows and struggling artists rubbing shoulders with film stars, famous actors and fashionable designers.

A Perch in Bohemia gives a fascinating insight into the life and work of a group of the building’s early residents, a talented, eccentric and sometimes notorious bunch of Modernist artists, actors and writers leavened with more than a dash of extremist politics. From avant-garde art to political disillusion, from free love to Fascism, their bold and sometimes controversial stories vividly bring to life the innovations and obsessions of an extraordinary era.
Book Reviews