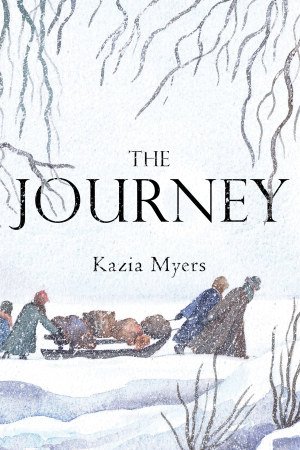 ‘The Journey’ is a novel in three volumes set against the backdrop of World War 2. It is a story of unimaginable deprivation and survival, love and loss, of friendships forged through most challenging experiences.
Volume 1. On the memorable night of 10th February 1940, Julian Kalinski (29), his wife Anastazia (26) and their baby daughter are taken from their home in Poland by the Russian soldiers, packed on a cattle train and with thousands of families sent to Stalin’s labour camps in Siberia. Two years later, on liberation, only the strongest have survived the arctic cold, the starvation and the inhuman treatment by their captors.
Volume 2. While Julian joins the forming Anders’ Army that is sent to Europe to fight Hitler’s forces, Anastazia, with hundreds of Polish women, their children and orphans, is transported to the safety of the British colonies. Before Anastazia and her friend Eva escape the “paradise” of the Soviet Union, Eva is subjected to unspeakable degradation that remains a binding secret between the two friends forever. Their hopes of returning home are dashed by the Treaty of Yalta (February 1945), when Poland is sacrificed to Stalin’s demands. Thousands of displaced Poles settle in England.
Volume 3. In 1960, Julia (Anastazia and Julian’s daughter) is an impressionable sixteen-year-old dreaming of an exciting, adult future. Her mother’s progressive illness forces her to tackle unfamiliar and daunting challenges. Her parents’ past still has the power to cast long and haunting shadows. After her eighteenth birthday Julia, with her friend Miro, embarks on a visit to Poland in order to find answers to questions that trouble her mind. A miraculous discovery brings the fragmented family together and also their very long journey to a bitter-sweet end.

Many readers of my book 'Stolen Years' have asked me what happened next to the characters in that novel.
They will be pleased to catch up with them in 'The Journey'.
Though this is not a sequel, the characters of both novels come together in the third part of 'The Journey'.
This reflects their life in the post war years, when, as refugees in England, they were placed in ex-army camps, forming close-knit communities.
Anyone brought up in that environment, or anyone with Polish connections, will find particular affinity with that part of the story.

I've just started to read the book. It tells the story of what happened to hundreds of thousands of Poles after the Soviets began deporting Poles from eastern Poland to Siberia and other parts of the then Soviet Union. It's a story I'm familiar with because it is what my parents experienced and told me about. I hope younger British Poles read it.

My only criticism is that Polish spellings of surnames are changed for the benefit of the English reader, for example W is substituted with a V which does not exist in Polish. It's a shame because to a person of Polish extraction the names look Russian. This ought to have been explained in an introduction.

Thank You for the truth! I was glued from start to finish! I was spared the war years, but my parents and family weren't. Not all could talk about it and to have such a record is excellent for future generations!
Thank You!!

Recently, I have read Stolen Years and The Journey- fantastic books. I have learnt so much more about the German invasion of Poland.
The Journey is the same story that my husband's family took. Taken from Poland to Siberia and the hardships they suffered.
My husband's father and two of his sisters died in Siberia through hunger and disease.
My daughter and grand-daughter are going to read these books and learn so much about their ancestors.
Beautifully written but oh so tragic.
Very grateful reader. Thank you Ann Cieslicki

Kazia Myers was born in Palestine, then under the British mandate. Her Polish parents were refugees and survivors of Stalin's labour camps. They settled in England after the war.

Kazia is a retired teacher, with a love for writing, painting and classical music.

She lives with her family in Leicester. 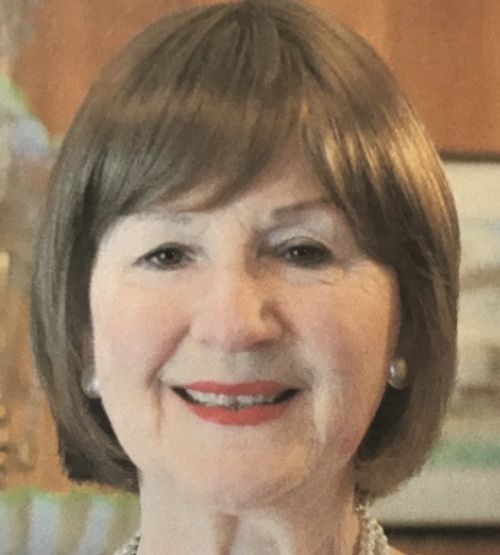