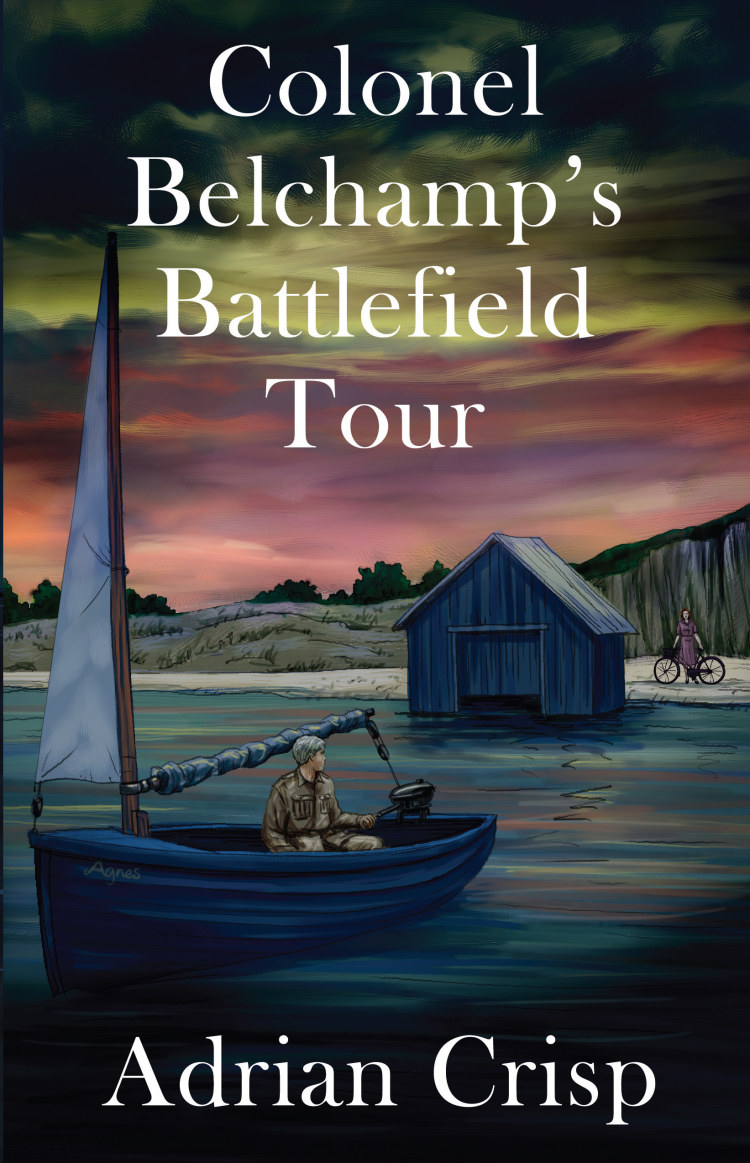 Adrian Crisp on the Cambridge Wishlist

It is May 1964. Devastated by the recent death of his small son, James Butland joins a tour of the 1940 battlefields in France where he served as an 18-year-old in the defence of Calais. There he reviews his own life, the conflicts of growing up in the interwar years and the approach of war in 1939. At the threshold of going to Oxford University, war is declared and James is plunged, not unwillingly, into the role of a soldier. Wounded in the defence of Calais in May 1940, he is hidden from the Germans by a French medical student, Agnes, and following a brief affair, she helps him to escape to England. James volunteers for the bitter campaign in Tunisia where he is again wounded, and is discharged from active service. He resolves to replace killing with saving lives and influenced by Agnes’s example, he chooses to study medicine. After graduating, James’s career flourishes in London. However, his family’s new life is shattered by the death of his 9-year-old son in a road accident. On a whim during his return to the 1940 battlefields in 1964, James traces Agnes. When Agnes bluntly informs him that their son, Alexandre – a French name cruelly sharing its origin with Alasdair, the name of his dead son – was born in 1941, James despairs. After some soul-searching, James comes to realise that his love for Agnes during the war was real and still breathes. Their resuscitated love offers the prospect of some happiness. Colonel Belchamp’s Battlefield Tour is a poignant and moving tale that will appeal to those with an interest in the human impact of war and its aftermath. 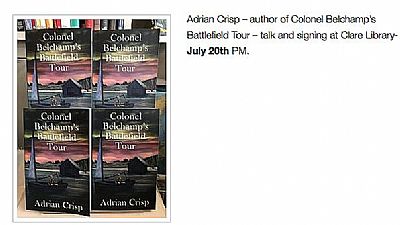 Absolutely loved this book up to the rather abrupt end which, with hindsight, was genius as the storyline was reaching it's climax.

I really enjoyed this. I could not put it down. Very topical at the moment I feel a lot of research went into this book. The battle descriptions are so vivid and personal I think I understand better than ever what our young men went through. A wonderful story

This is an exciting story, well told, and held me reading to the finish through the small hours. The battle scenes are especially vivid, there is impressive detail of medical life throughout and the handling of the war's aftermath is timely and nuanced. Highly recommended.

Beautifully written story combining experience of war and medicine, but with an acute eye to the emotions engaged by war, love, medicine and tragedy. Thoroughly engaging throughout.

What a magnificent debut novel! I read this with tremendous pleasure. Not only is this an historical novel that is superbly researched but also a deeply moving tale of war and how the effects of war live with us for years later in ways that we never expect. And while written by a man I imagine that women will find it equally enjoyable as the depths of human feeling in it are very well portrayed: this is a novel about people as well as battles.

Perfect summer reading! Buy it and take it with you on holiday - and then buy another copy to give to a friend.

A fascinating and bleak story narrated in gratifying historical detail by the author. It is informed partly by personal tragedy and the experience of loss (of the author's son in a road crash) and this autobiographical episode is woven into the story.
This is a wartime love story which is told with an admirable and dispassionate, but all the more realistic, description of the nightmare of war, leavened by the story of the emotional connection between and young British soldier and his brief wartime encounter with a French girl that echoed down the years of his adult life, and which leads to the final scene and an unexpected denouement. Highly recommended.

I began reading Colonel Belchamp's Battlefield Tour in a sceptical frame of mind. Most self-published books have failed to find a commercial publisher for sound reason: they are not very good.
But within a few minutes I was gripped by this fine debut novel by Adrian Crisp, and entranced by the combination of a great yarn and a lesson in military history, reinforced with an attention to detail that adds to the authenticity of a well told story.
Alas, the dialogue is often stilted, sometimes painfully so, and the book cover seems the work of an enthusiastic
amateur - mere potholes , however, in my journey from sceptic to admirer of a novel that deserves to succeed.

I thoroughly recommend this book, I loved way the human story from his earliest days, threads its way through history. This would make a great film.

This is an accomplished debut novel, beautifully written, ambitious in its scope. It is a story of love and war but encompasses the effects of grief, guilt and fear. The writer shows a mature understanding of the human heart in this intelligent and thought-provoking book.
Set within the framework of a tour of Second World War Battlefields, this is a retrospective look at one man’s experiences of warfare – including some historical details to set it in context. These have been thoroughly researched. We get very close to the main character, James, whose whole life and career is influenced by his early experiences in France during the war. The reader is rooting for the love relationship which develops early on and which is hindered throughout the book by several adverse factors.
I feel the book is at its best when it is focuses on people rather than actual events on the broader canvas of the war. I might also add that we don’t need as much of James’s back story in order to become interested in him, and his dilemmas and choices.
I found it fascinating to see how easy it is to be false to our own true feelings and accept second best in life – only to be left with regret. This is a moving, poignant and unsettling story, and the cover illustrates one key moment of the book very well.

What a truly wonderful story. Exceedingly well written and beautifully descriptive. You could feel yourself transported to the war through the eyes and senses of James. This book was researched historically and retold the lesser known fight of Calais. An exceptional story and a must read book. 5 Star.

This is a beautifully written book which I enjoyed so much. I am looking forward to seeing the auther's next book on the shelves.

In I'm preparing for my final years (a January 8 2015 interview in The Daily Telegraph) the Master said: “growing older doesn't have to be the end of the world, if approached intelligently and lovingly ... older people are there to listen, to learn, to support.” He was countering TS Eliot (Fellow of Magdalene) who, in Little Gidding, wrote: "Let me disclose the gifts reserved for age To set a crown upon your lifetime's effort" before describing "the cold friction of expiring sense Without enchantment" and other unpleasant likelihoods. The Master poet might have added “to write” as a worthwhile consolation for the older - as exemplified by Adrian Crisp. I have met Adrian only once - at a Buckingham Society lunch a couple of years ago. It is a measure of his modesty that he never mentioned his literary initiative, only his medical background.

Adrian's (first) novel has been accurately described by Piers Brendon (Magdalene 1959) as "Written with personal passion, historical vision and clinical insight". Personal passion that leads to the reader being instantly gripped by James, the main character, and the situations in which he finds himself. Historical vision that describes events such as the non-evacuation of Calais in May 1940. Clinical insight into James’ mind and behaviour.

Adrian’s prose never seeks to match Eliot's timeless verse but, as in Little Gidding, it is a piercingly poignant analysis of a man who "trod the pavement (of much of his life) in a dead patrol”, suffering (understandable) nightmares "In the uncertain hour before the morning Near the ending of interminable night At the recurrent end of the unending".

James omitted to take his enchanting affair with a splendid French lover (whom I would have liked to have read more about) at the flood. So, until joining Colonel Belchamp’s Battlefield Tour of Calais, he remained bound for years in shallows and in miseries - perhaps a tad un-Magdalene.

To my delight, part of Adrian's book vividly evokes Magdalene (and its lovely Tudor brick) as I knew it in the late-sixties. "Magdalene was a kind, gentle and relaxed place ... it was not obsessed with the pursuit of academic excellence and distinction to the exclusion of humanity." The extent to which this description resonates may be directly proportionate to the age of the reader. However, I would not be the only one dismayed if supportive humanity, so evidently appreciated in this unforgettable novel, ever ceased to be a defining feature of Magdalene.

A brilliantly written novel combining history and fiction. I could not put this book down it transports you into the characters life and experiences so well, it is totally gripping. Very well researched and written and suitable for a wide audience range. I cannot wait to read the next book from this author. 5 Stars

I didn't know what to expect from the title but was gripped from the first page. It is not difficult to identify with the hero - a sensitive, intelligent young man who, instead of reading history at Oxford, finds himself in the heat of battle in 1940 . HIs adventures in France and their subsequent effect on his life, make a brilliant read. I don't think that I have ever come across a first-hand account of a WW2 battle that has given me a more vivid feel of what it must actually have been like to be there. An original, moving book. Can't wait for his next one. Julia Boyd

This book covers universal themes that are always relevant. Some of it was very movingly written. I will certainly be recommending it.

A very lively bit of History of which i was ignorant. But also at the personal level of the characters in the book, I was moved to tears when James and Agnès meet for the first time after the war. I did want them to live happily ever after - notwithstanding Alice and Sarah but can see this could not be.

We approached this book with some trepidation, knowing that it was a first novel and self-published. We were all relieved to find that it is very well-written with an intriguing story, plenty of historical detail, and a poignant romance. None of us knew anything about the defence of Calais in 1940 so we were interested to read about that, and about the main character's schooldays, travels in Italy, and other wartime experiences.

As the way that James settles into married life and his career as a doctor is unexceptionable, the tragic death of his son comes as a huge shock. The subsequent description of his grief was hard to read, especially as we knew that the author's own son had died in the same way. Some of us felt that it took too long to get to the rekindling of the romance between James and Agnes (perhaps because our group is predominantly female?), and we wanted a bit more, so we were a bit disappointed in the ending (which we later discovered was one of four possible endings).

Having said all that, we gave the book a solid three stars on Good Reads, and we were very pleased to welcome Adrian Crisp to the Library to talk to us a few weeks later. It was fascinating to discover where the author had drawn on his own life experiences, and how he'd come to write the book. He read several passages from the book throughout his talk which really brought the book to life, so much so that some of the audience decided to re-read it! 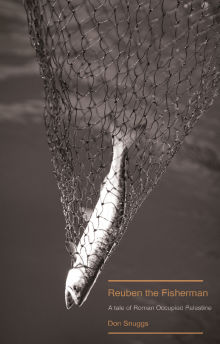 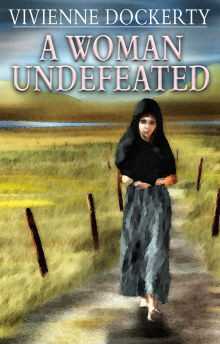 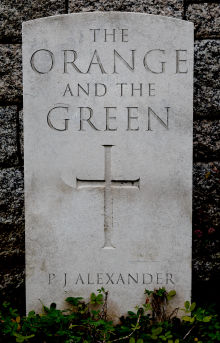 The Orange and the Green 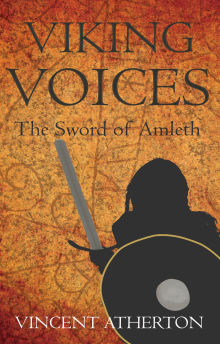 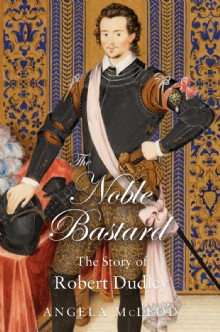