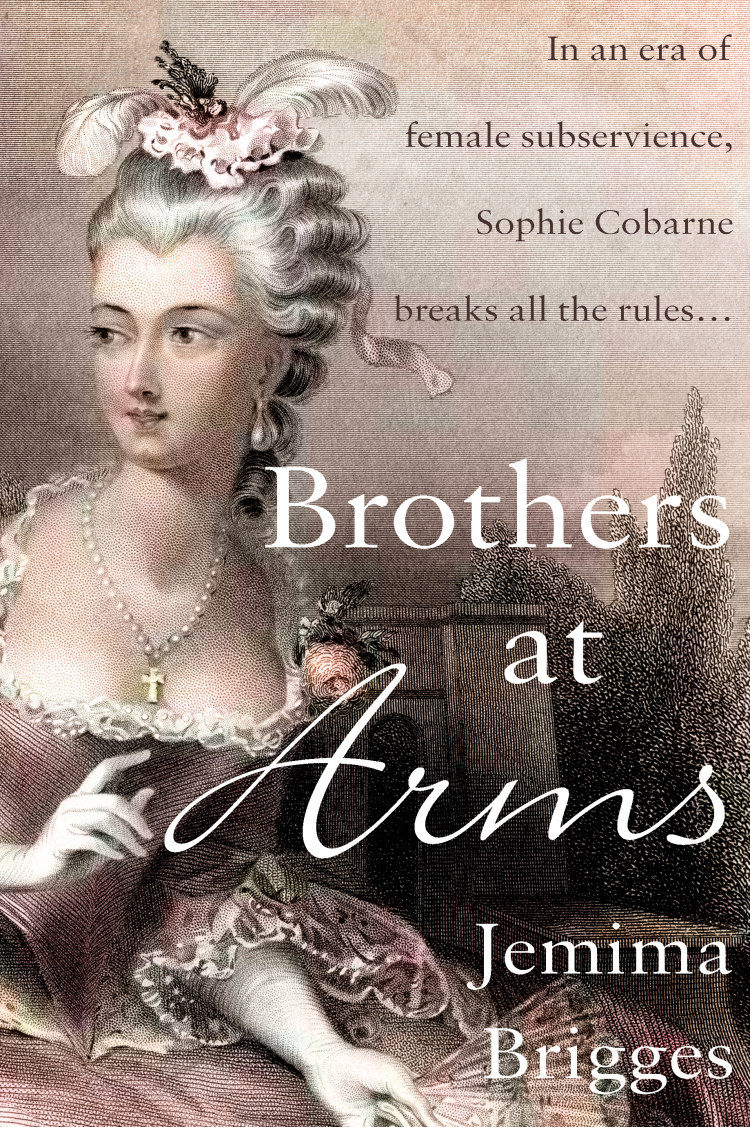 Joshua Norbery knows, at the age of ten, that his mother hates him and his brother would be happy to see him dead; and he cannot wait to join the army. His life changes for the better when Tom, his father, brings two orphaned children to live at Linmore. It does not make his mother kinder or his brother less aggressive, but for the first time Joshua has a friend, Charlie Cobarne, who shares his ambition to be a soldier.

By contrast, he finds Charlie’s little sister disconcerting, for Sophie conforms to nobody’s rules but her own. Disdaining female company, she pesters the boys and in so doing, binds their friendship together. Aspiring to be a dragoon, Charlie is envious of Joshua’s superior horsemanship, until Sophie’s riding ability challenges them both. Then she announces that she will follow the drum when they join the army.

When they are sixteen, Tom Norbery dispatches Joshua and Charlie on a Grand Tour, with an itinerary intended to avoid the Napoleonic conflict. He leaves Sophie at Linmore, but her subsequent feral behaviour forces him to send her to school. Once there, she cultivates an acquaintance with a wealthy pupil, and devises a plan of which she is sure Charlie will approve.

Sailing to Naples, Joshua and Charlie discover, during a close encounter with a French warship, that their tutor and the tour guide, a former army sergeant, are not strangers.

Plans go awry when, moving towards Macedonia, their ship is blown off-course in an Adriatic storm, and they land somewhere along the Dalmatian Coast. After taking a wrong turn in a mountain pass, their tutor falls sick and would have died, but for the herbal knowledge of Sergeant Percival whom, they discover, has a close link with Linmore Dale.

Confined in the squalor of a mountain village, their friendship grows stronger, and they vow never to fight over a woman. In Athens they join the world of the social elite, and acquire refinements deemed essential for aspiring army officers. Whilst Charlie finds dancing easy, Joshua struggles with the steps, until an aristocratic lady takes pity on his plight.

Finding their presence much in demand, Joshua and Charlie join the lady’s entourage for the sea journey to Rome. A visit to a bagnio leads, two days later, to an unexpected invitation to a masquerade ball, and an intrigue for Joshua that requires rescue by Charlie and Lady Rosie.

News of the death of Joshua’s brother ends the tour and his plans to join the army, which leaves Charlie not knowing what he will do.

Meeting Sophie again, Joshua recognises, in her preference for his company, that maturity has not come to the boys alone, but he feels unable to refuse Charlie’s plea for help to protect his sister. Trouble erupts when he rejects her. Despite Joshua denying her accusations, Charlie, who hears only an admission of duplicity, savagely attacks Joshua, and their friendship, which took eight years to build is destroyed in as many minutes.

Forced to intervene, Tom Norbery moves swiftly to separate the combatants by dispatching Charlie to the army, and sending Joshua to Norfolk to study estate management. Then, in desperation, he finds Sophie a husband.

Anxious to regain his father’s respect, Joshua determines to work hard, but despite having foresworn the company of females, loneliness leads him to seek comfort with a married woman. Threatened by his mentor with being sent home in disgrace, he applies himself to his studies, but nearing the end of his stay at Holkham, he is invited to visit the home of a fellow student in Kings Lynn, where he is inextricably, and very publicly, forced to confront his past. 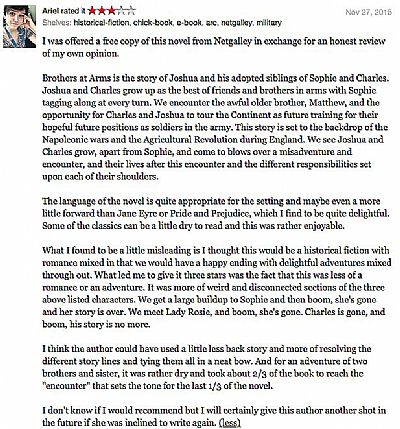 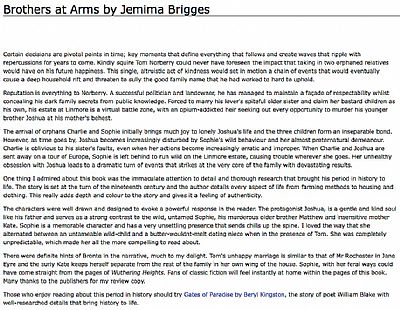 A very interesting read, this was. I thoroughly enjoyed Brothers at Arms, especially the first part with the two boys Joshua and Charlie meeting, becoming friends and growing up. With Charlie's silly, subordinate sister trailing behind. A compliment to the author: this reminded me of books written by Frances Burnett.

The story is well written, and reveals all that the boys deal with when growing up and later with Joshua (part two) learning about agriculture and managing an estate. To be honest: in the second part some of the information made it a slow read.

And of course there are plenty of scandals that need to stay underneath the carpet. One is not supposed to marry a dairymaid or housekeeper. And Charlie is embarrassed by the way his sister dresses when he and Joshua return from their Grand Tour through Italy, Macedonia and Greece.

This is one for all fans of historical fiction. Clearly, the author has researched the period thoroughly, so that the reader is drawn through the action with nothing to inhibit the seamless continuity of the story.
A real treat; I cannot recommend it too hightly and I shall be looking out for the next in the series.

Full Text: A nicely written period drama about a boy coming of age at the turn of the 1800s in England. The first part of the story concerns two boys growing up together as brothers, being followed by a wilful sister. The boys go away on their Grand Tour leaving her behind when she starts running amok. Conflict occurs after the boys return caused by Sohpie that leads to a permanent divide between the boys. The second part of the story is about what happens next and how our hero learns all about estate management and being a man. The characters are interesting, but sometimes just vanish without notice. The plot sometimes shows signs of life, but fades away fairly quickly with any possible dramas being concluded without any fuss. The dark shadows of the past are not a twist at the end, because within the first couple of chapters the reader has worked all the family connections out and it is only the hero who finally has to see the truth. The real charm of this book was the description of life among the gentry which gave a real feel for the time. A light and enjoyable read.

A fabulous romp of a novel that has a touch of Georgette Heyer about it - recommended.

Having never before read any historical novels, I thoroughly enjoyed Jemima's first book. History is brought to life in this fabulously well written book, really interesting characters, incredibly well researched, a fascinating insight into C18th life and a storyline that will run and run. Having seen a second book is now published I'm off to order it right now ;))

In this day and age of generic and seemingly endless mediocre and mono dimensional novels, it is extremely refreshing, and reassuring, to uncover hidden gems that are well developed and populated with fleshed out characters in interesting scenarios. The characters feel genuinely constrained by the social conventions of the time, rather than simply being transplanted from other periods where their behaviour would be at odds with the norms and conventions. The contrast between rural and city life at the turn of the nineteenth century Britain serves as an excellent backdrop as the dilemmas facing the protagonists unfold. Each chapter oozes attention to detail and the author displays a keen ability to project and maintain character viewpoints which drive the narrative along so it is experienced rather than forced; the result is a story which is a real pleasure to discover. Reading the follow up, Counting the Cost, only confirms the talent of this author and I look forward to more stories emerging, hopefully soon.
Rating 5/5 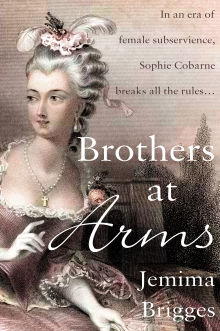 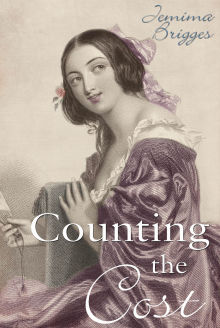 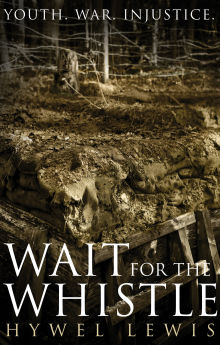