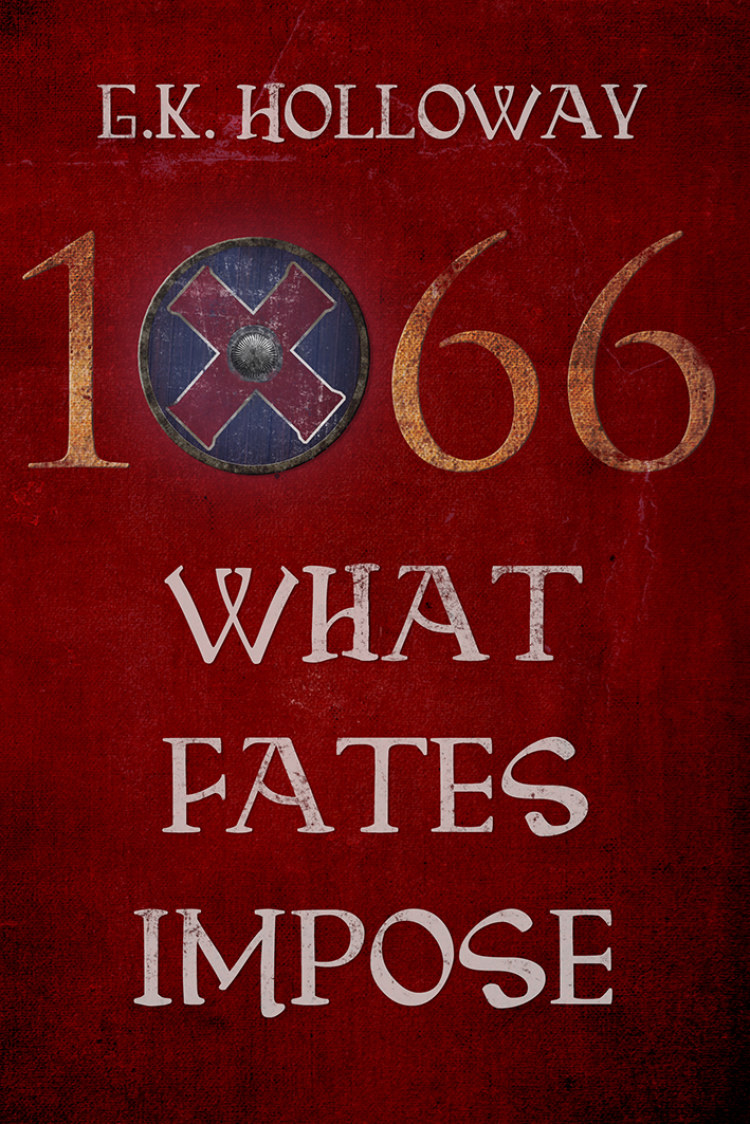 England is in crisis. King Edward has no heir and promises never to produce one. There are no obvious successors available to replace him, but quite a few claimants are eager to take the crown. While power struggles break out between the various factions at court, enemies abroad plot to make England their own.?There are raids across the borders with Wales and Scotland.

Harold Godwinson, Earl of Wessex, is seen by many as the one man who can bring stability to the kingdom. He has powerful friends and two women who love him, but he has enemies will stop at nothing to gain power. As 1066 begins, England heads for an uncertain future. It seems even the heavens are against Harold.

Intelligent and courageous, can Harold forge his own destiny – or does he have to bow to what fates impose?

Nominated for Sidewise Award for Alternative History - The Battle of London Bridge in, 1066 Turned Upside down. 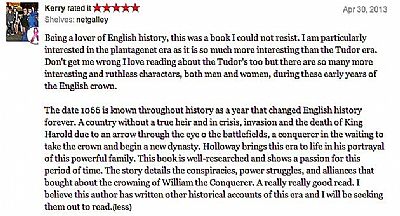 This is a good historical novel which has obviously been well researched. Whilst at first glance we, perhaps, do not consider this to be the most romantic period of history. This book has certainly changed my mind. It is no longer just a story of Harold, an arrow and William the Conqueror. The amazing attention to detail of life, political struggles and machinations in the C11 gives a full flavour of the time but does nothing to detract from the pace of the story. As with all good fiction one actually cares about what happens to the characters.
I very much hope that a sequel is underway because I am eager to see what happens next to the many "actors" who have survived.

When you read even an inkling of what has happened on the Isles of Britain in terms of wars, skirmishes and fights for power, it is a miracle it still stands to tell the tale.
The author has created his work around the era leading up to and the subsequent landing of William the Conqueror on the British Isles.
A tale of betrayal and plays for power. The use of marriages, family ties to foreign countries and the catholic church to implement one king and then usurp another.
Game of Thrones has nothing on the history of Britain. It is often so fantastical that it is hard to believe it isn't fiction.
This is one of those books where you can't miss a page lest you miss an important allegiance of loyalty or whisper of treason. That's without having to pay attention to all the family members, names and relationship status of each character.
It was an engrossing read as historical fiction often tends to be. Some of the dialogue in the scenes between Harold and his women were a little dramatic unlike the rest which was far more direct, factual and to the point. Overall though I found it to be a very enjoyable book.
I received a free copy of this book via NetGalley.

What a great read!
How different our history could have been, if fate had not imposed.
An intricately researched and [I assume] historically correct tale of intrigue and betrayal, loyalties and political associations, love and friendship, all in a period that massively influenced our country and its people.
I started off expecting it to be written in the language of the period, but once into the story, the language brought the characters alive and kept the flow.
I really could not put it dowm. Well worth a read.

I thought I knew the story of 1066, but this book brought it all to life and made me realise how little I actually did know about the era before the Normans. The attention to detail is amazing. The characters are believable. A thoroughly mesmerising read from beginning to the sad end. I can't wait for the sequel.

I have always been fascinated by pre-conquest Britain and, living near Wilton, Shaftesbury (where King Cnut died) and Sherborne, it would be curious if the incredible history of the area had not rubbed off. Previous literary sources have been Alfred Duggan and various summaries of the times, not least the Domesday Book and the Bayeux Tapestry. What has been frustrating is the inability to picture the actual people of the time and to see them as real actors on a real stage. The huge influence of Denmark, Norway and France on our development as a country is absolutely engrossing.

King Harold Godwinson, successor to King Edward the Confessor who died without children, is the most central figure of this engrossing novel, only known to most people as the king who received an arrow in his eye at the Battle of Hastings. But Mr Holloway, after extensive research, has fleshed out Harold (and the Godwinson clan) and made him very human, especially considering his obvious abilities as a military and political leader, his extraordinary "double" marriage, his explosive and unpredictable family and his overseas connections.

Few realise how widespread was foreign travel in the 11th century and Mr Holloway brings this out very clearly, describing the comings and goings between various European countries. The depiction of William the Conqueror is quite wonderful: he is painted as a brutish, semi-literate oaf, but not without native cunning, a certain charm and forceful leadership abilities. The story of Harold's capture and treatment by Count Guy, and subsequent effective imprisonment by William, was new to me and helped to flesh out not only the territorial but also the personal antagonism of the two men.

The romance and real affection between Harold and his first "wife" Edyth Swanneschals or Edyth Swanneck is beautifully depicted although the nick-name "Swan Neck" is probably a misinterpretation. The finest part of the novel to my eyes is the "reconciliation" between Edyth and Harold after he was more or less compelled to marry Edith of Mercia - perhaps more of a political alliance than a marriage of love. Nonetheless, the author makes the point very strongly that Edith may well have been easy on the eyes and that Harold put up with the "inconvenience" very bravely!!

The Godwinson brothers are seen as an unreliable and bloodthirsty gang, with Sweyn being particularly unpleasant and probably what we would now call a psychopath. Tostig, who effectively ruled Northumbria, rebelled against Harold, persuading the Norwegian King Harald to invade the North. The result was the Battle of Stamford Bridge, which Harold won conclusively in September 1066. After a forced march back of 250 miles to the south with a depleted and exhausted force, Harold was defeated by William at the Battle of Hastings near Senlac Ridge in October 1066. As the author points out, it was a very close thing: had Harold not been killed after a full day's fighting, it is likely that he would have won. The battles are narrated really well and are truly exciting. These were bloody and violent times, the victor often being the man with the biggest stick regardless of right or wrong, and this point is driven home very forcefully.

I loved this novel and this short review does not do it justice. Some might find some of the dialogue a little too racy and modern, but I did not. As 99% of the speech is speculation, it is the author's choice to decide the words and the tone of them. We know what happened in these extraordinary days in outline form but Mr Holloway has filled in the gaps with remarkable skill.

For the first time in a very long time, I re-read certain parts of this excellent book immediately. There is a lot to take in the first time round and I missed a great deal. Full marks to Mr Holloway for shedding a light on these nation-forming years. Five stars.

G K Holloway left university in 1980 with a degree in history and politics. After spending a year in Canada, he relocated to England's West Country and began working in Secondary Education. Later he worked in Adult Education and then Further Education before finally working in Higher Education.

After reading a biography about Harold Godwinson, he became fascinated by the fall of Anglo Saxon England and spent several years researching events leading up to and beyond the Battle of Hastings. Eventually, he decided he had enough material to make an engrossing novel. Using characters from the Bayeux Tapestry, the Norse Sagas, the Domesday Book and many other sources. He feels that he has brought the period and its characters to life in his own particular way. Following the major protagonists, as well as political, religious and personal themes, the downfall of Anglo-Saxon England is portrayed by a strong cast.

1066 is his debut novel was originally published as an ebook. It has received very positive reviews and this has encouraged him to publish it in paperback. Currently, he is working on a sequel. One day he hopes to write full time. 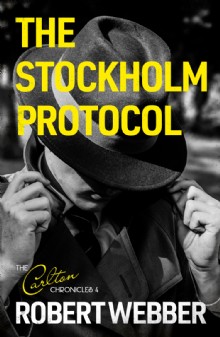 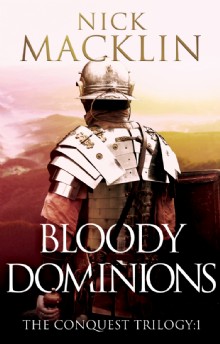 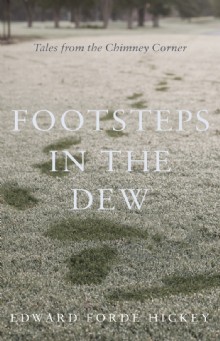