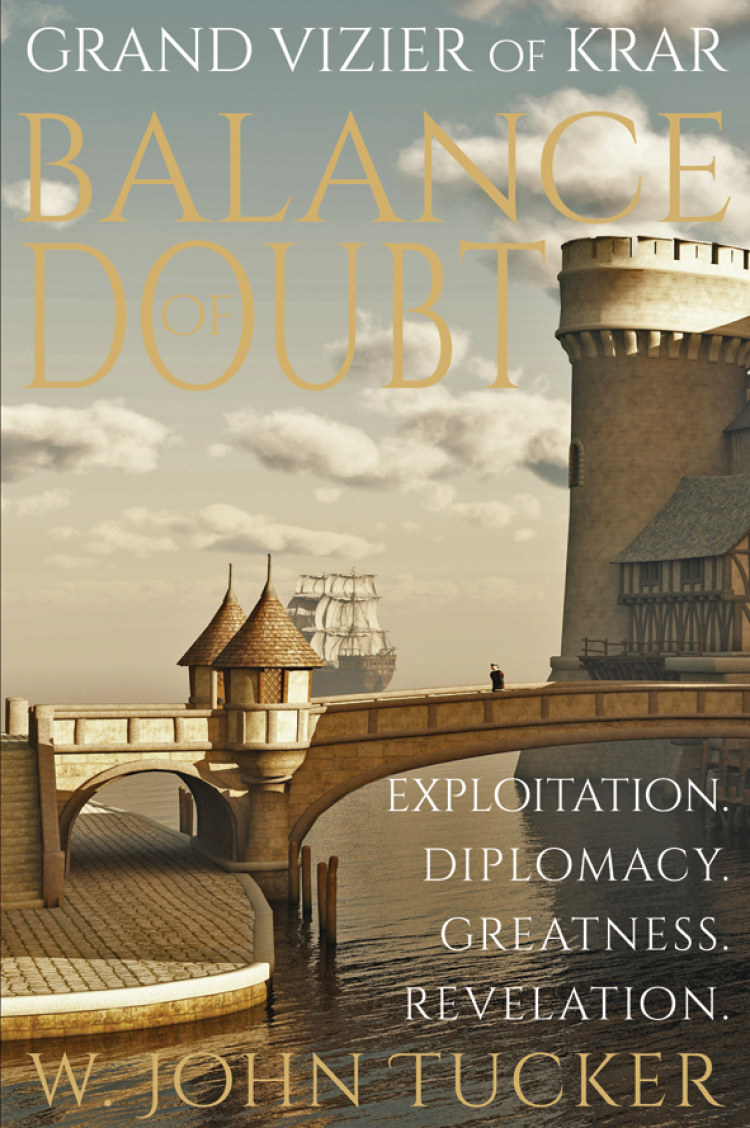 This is the third book in the series (the first is 'Grand Vizier of Krar: Strings of Destiny', and the second is 'Grand Vizier of Krar: Fulcrum of Power').
In Balance of Doubt, unaware that her truelove yet lives, Blan sets out on another desperate mission to thwart the enemy. Port Fandabbin, bastion of freedom, is besieged and blockaded. If Blan succeeds, the tide of war may turn, at least for a while. If she fails, the enemy’s victory is inevitable. Meanwhile, Blan faces new danger from Queen Rega, Black Knight’s older sister, who has taken direct control of the imperial forces. Rega seeks extermination of all Dabbinans and execution of both Blan and Memwin. If anyone thought that Black Knight was the most evil person in the world, they could not have met Queen Rega — or perhaps everyone is misled. What of the secretive Order of Chains and its grand-master-in-waiting, the new Lord Prokkanix, descendant of Praalis’ old adversary?
However, the story is never over and, in the meantime, additional resources, including maps and stories, will be made available at the krarbooks.co.uk website.