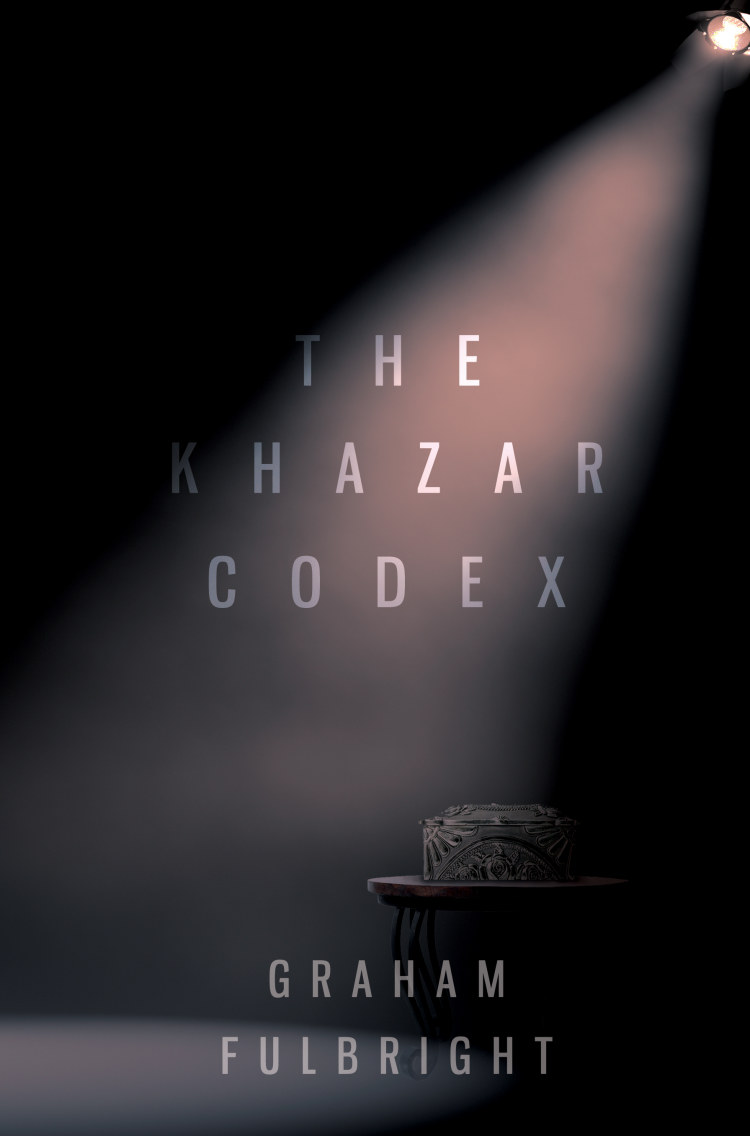 When fire breaks out during the West End opening of a revival of Tom Stoppard’s Arcadia, not all the spectators are bustled out of The Kemble’s auditorium... The Prime Minister’s son Nigel Hastings, two cast members and seven spectators are taken hostage by New METRO, a group militating in favour of London’s homeless. With the theatre under siege, one of the hostages – a Gulf War veteran – breaks through the theatre basement into a neighbouring vault that houses valuable works of art. But when Nigel and two other captives take up the challenge of cracking the code to an enigmatic casket discovered in the vault, they trigger an unprecedented chain of discoveries. What starts out as a headline-grabbing crisis quickly descends into the discovery of an ancient codex, one which holds explosive consequences for Judaism, Christianity and Islam by purporting to invalidate the very foundations of these three religions. But with the theatre under siege, it is not long before the inevitable countdown to the bloody finale to a plot unscripted by the playwright... Taking its cue from a range of contemporary writers, notably Tom Stoppard, Paul Auster and Ian McEwan, The Khazar Codex will appeal to readers who enjoy the twists and turns of enigmatic, thriller fiction combined with deeper existential questions. 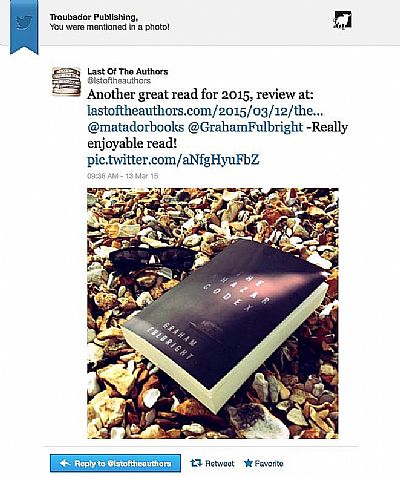 Most of you take your existence for granted. Not this writer. If Graham Fulbright is still here today it is largely thanks to the fact that the V-2 rocket which pierced the ceiling of the bedroom where he was sleeping in his parents' south London home towards the end of WWII failed to detonate.

My father blamed sloppy German manufacturing. I forgave him that slip of the tongue.

Around the age of ten, he had the good fortune to be invited out of a ringside seat at Earl’s Court to shake hands with Buffalo Bill Cody during one of his London Wild West Shows. At the same age, I was on holiday with my parents in the south of France when we crossed paths with Stan Laurel and Oliver Hardy taking a break off the set of their last full-length feature film. My turn for handshakes and autographs. As for my closest friend (a hell-raiser and Desert Storm survivor), he not only shook hands with Roy Orbison during the Big O’s stopover in West Sussex but sold him a Harley Davidson. That same friend kept his Chrysler’s external chrome work and engine body parts as lovingly polished as Elvis’s Graceland Cadillacs.

A skilled engineer, it came naturally to my father to rebuild his cars. There was an inevitable element of mischief to the design work. For example, he made a habit of equipping each new vehicle with an unashamedly high-voltage theft deterrent. An added bonus came from scattering continental drivers with his Chicago police siren particularly effective in tunnels. But this innovative flair was not limited to automobiles. He also invented the ice cream cornet dispenser. In the summer, we rarely went motoring without ice cream bars packed on a bed of hot ice inside a heavy-duty thermos.

As well as driving me down to Bisley, teaching me how to shoot to marksman level and handcrafting the grip of my .22 Smith & Wesson, my father was remarkably patient when it came to teaching me how to drive, double-declutch and respect the laws of physics when braking in dry, wet and windy conditions on the open road, bends and roundabouts. In those days the theory part of your driving test was usually limited to a couple of straightforward questions about road signs. However, in my case, I remember being asked how I would react if somebody on horseback were to wave me down. Sorely tempted to reply that I’d open the window and say ‘Sorry, but if you need a vet or a blacksmith, you’ve stopped the wrong person’, I thought better and was rewarded with a licence.

After I met my first wife, our initial low-budget car was a Hillman Californian. Not unlike an actress scarred by failed plastic surgery, this had definitely seen better days. It leaked more oil than Assange, Manning and Snowden between them are said to have given out state secrets. I should have twigged something was wrong, when the seller asked if I knew how to change sump oil. After spending a small fortune on lubricant that ended up as black as Satan’s you know what, we took this heap of metal to the scrap yard, moved upscale and invested in a second-hand Beetle. I remember weighing the front end down with a sack of King Edwards. But, with or without spuds, that VW was a real workhorse. No complaints about Adolf’s people’s car.

One of my wife’s ruses to break the tedium of long car journeys and defuse our two children’s backseat squabbles was to have us jumble the letters of automobile brand names into anagrams. This had to be done in our heads, without scribbling anything down. We took turns. Whoever made the first correct guess went on to devise the next puzzle. The likes of himshitibus, laccadil nicoret, oputeeg, uragaj, verro and yotoat were solved more or less in a flash. Others proved slightly harder to crack. Among these, I recall lovertech (Chevrolet) and simon mirror (Morris Minor). After wearing out my grey matter with ‘zenredsembec’, I was disappointed to see this rumbled in almost less time than it takes to say Mercedes Benz. I forgot the clincher, the z. If an anagram went unsolved, whoever thought it up had to devise the next challenge. One of our son’s posers, ‘close lorry’ (Rolls Royce), left me defeated, and another, ‘I condor fart’ (Ford Cortina), which he dubbed the Red Indian Brave’s boast, had all three of us stumped. He went on to laugh down his sister’s ‘knavesglow’ (Volkswagen) as a no-brainer, earning a clout from her over the head.

We enjoyed word games in general: should James Coburn have been named Jim Cockburn; had Barbara Hershey given new meaning to love bites; might one American Secretary of State’s parents have weaned their baby girl on caramelised, creamed Ambrosia; did the Roman Catholic Archbishop of Manila deserve to be called Cardinal Sin; could any male politician lend his name to a more unfortunate anagram than Vice President Spiro Agnew; did anyone ever tell JFK that his ‘Ich bin ein Berliner’ made him sound like a doughnut? Of course, this was before people became serious about plugging leads into their ears, poring over digital books and yattering meaninglessly into cell phones - with the added down or upside, depending upon your point of view, that hospitals and funeral parlours boosted their statistics through spaced-out pedestrians risking life and limb on our roads.

Taking a leaf out of Bob Newhart’s comedy monologue book, I recorded my own medley of one-man sketches years ago and sent these off to Dekka. Their receipt was never acknowledged. Since I neglected to make either a sound or written copy of the recording, I was left with nothing to show for my efforts. Bob made a name for himself with his Driving Instructor skit, so I concentrated on quite different topics ranging from an embarrassingly live BBC radio cookery course and a reverential lecture on archaeological excavations to a secondary school teacher commenting his pupils mock history ‘O’ Level papers.

Perhaps, because none of those sound sketches featured transport, Driving Mad is a belated attempt to compensate for the motoring deficit.

I’ll be more precise. After buying your house or flat, what’s the next largest investment most of you make unless your ecological credentials are greener than a four-leafed clover or you’re fortunate enough to have first-class public transport facilities on your doorstep? You’ve only to look at the amount of money the automobile industry spends on advertising to twig that I’m not talking about a home entertainment centre. Mind you, the French are pretty much on the ball here with their ‘c’est du cinéma’, comparing advertising to play acting.

Which just about sums up Madison Avenue’s approach. Have you noticed how in almost every saloon car commercial the vehicle being touted is the only one on the road? When did you last experience such blissful driving conditions? At 7 o’clock on a Sunday morning? Motoring across Death Valley in something a sight more reliable than a Hillman Californian? Yes, I know, the point is to highlight the vehicle’s assets. Other vehicles will only distract from the main event. But why not get real?

Because all the balderdash about cutting-edge engineering aside, the chances are that the model advertised looks no different from a dozen or so other modern saloon cars.

Of course, it’s the bright new paintwork that helps the hard sell. Notice how often the vehicle’s livery is red, yellow or blue then think about the number of black, grey, silver and white vehicles out there on the roads. Ask your car dealer for, say, a red model and although you might get lucky, you’re more likely to be told ‘Sorry, red’s not available’, unless you’re lashing out on a Ferrari but few commercials target top-of-the-range models.

With the advertising industry promoting such an expensive piece of mobile property as if it were a status symbol rather than a means of conveyance from A to B, it’s hardly surprising that the industry indulges in overkill. Yet how many of its commercials are worth the massive investment poured into them? Most display appalling poverty of imagination. Some go too far in the other direction. Citroën’s latest advertisement portraying astronauts packaging the world into one of its vehicles is a case in point. The French gave the world chauvinism. Now they’re giving themselves the world.

Since the DS was named ‘the most beautiful car of all time’ some 14 years ago, it’s clear that not everyone views this hubris with the same jaundiced eye as mine. Be that as it may, I make no apologies for raining on Citroën’s otherworldly parade.

So, what, if any, automobile ads do I find appealing? Give us just one, you say? Okay, the commercial featuring the bank robber’s getaway car photographed by an admiring passer-by. Which model? Are you telling me you never saw that ad or don’t recall the make? Did your silent applause cause you to miss what you were being invited to go out and buy?

But once we really are sold on one of these irresistible offers, why is it that more than a few of us tend to take on a new persona behind the wheel? Why do we forget the power at our disposal, the consequences of its mismanagement or of a moment’s inattention? Driving Mad’s leitmotiv is pretty much, to quote My Way, ‘regrets, I’ve had a few’. Not that tears are on the agenda - just the reverse. That’s why I suggest you climb onboard, tighten your seat belt and enjoy the ride. 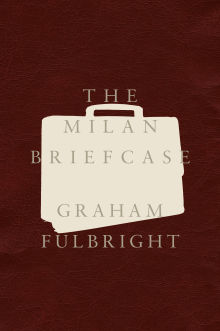 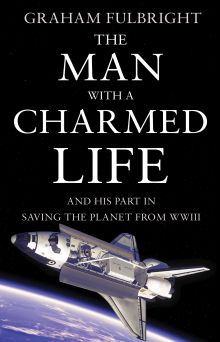 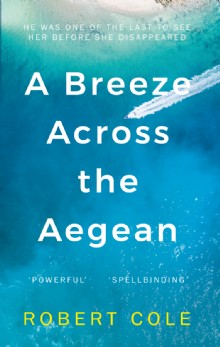 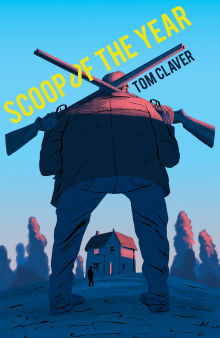 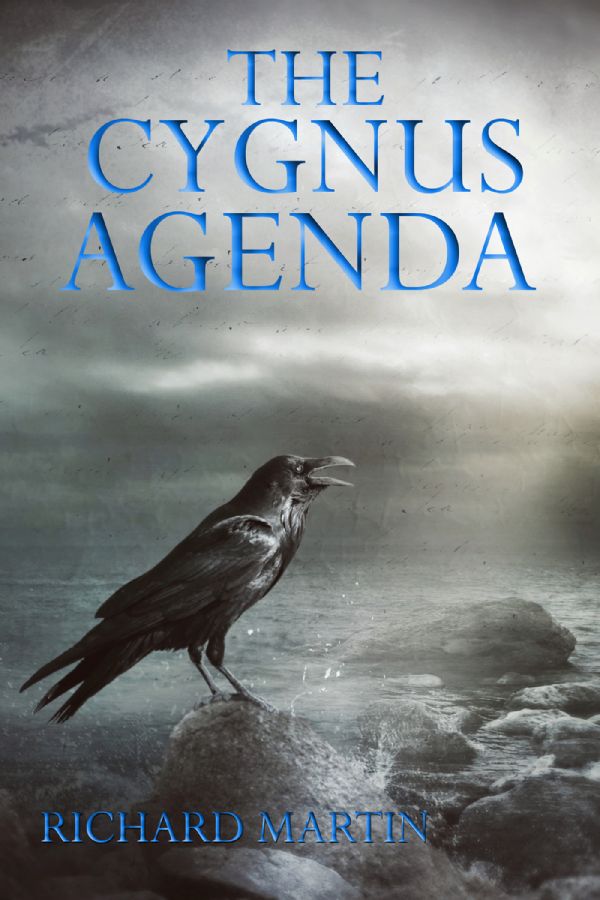