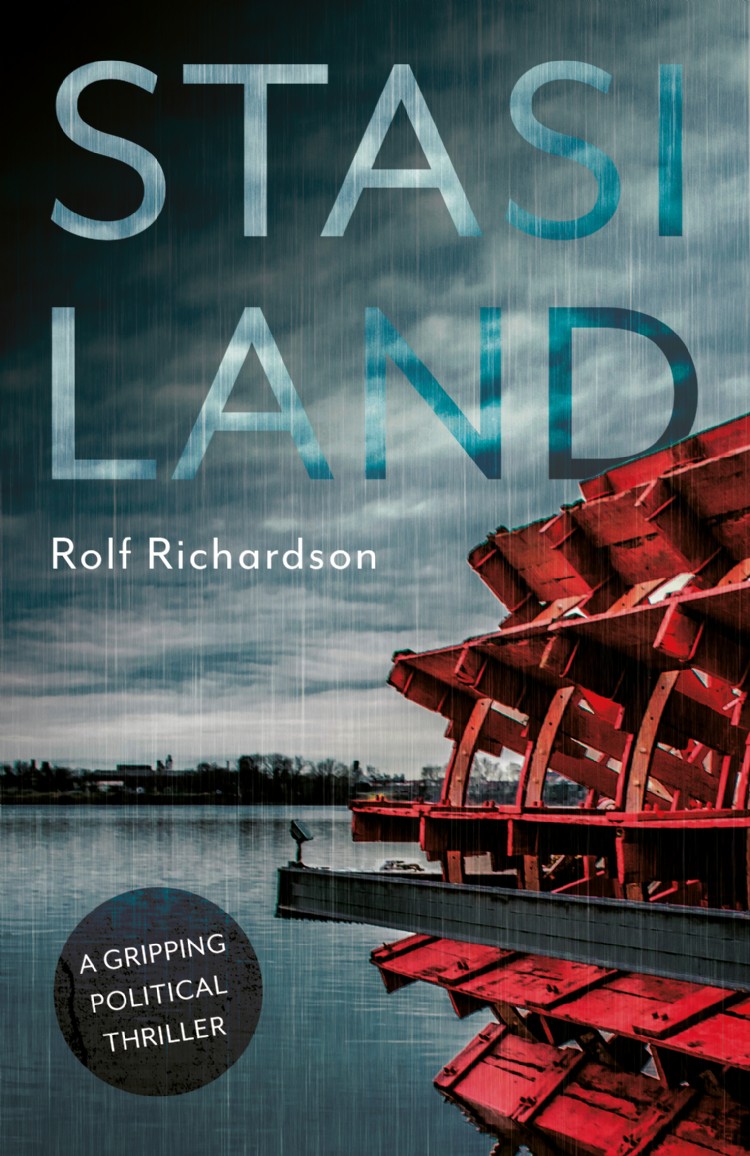 After a messy divorce, Ed Blake is trying to forget the past by spending the summer driving around Europe in his silver Porsche.   He gets no further than a small town on the river Elbe when he is arrested for a crime he did not commit.
Although in what is now a united Germany, this is the former Communist East, once ruled by the feared secret police, the Stasi.  This is Stasiland. The past has not gone away, Germany’s political tectonic plates are shifting, maybe heading for the sort of chaos last seen in the 1930s. Ed finds himself pulled into a whirlpool of violence as right-wing extremism starts to shake the foundations of Europe.
This is a novel about here and now. What happened to Ed Blake could happen to you.
Author news

Rolf has seven e-books available on Amazon, most also as paperbacks. They are:

No.1 "Last Weiss", set in Nazi Germany and Norway during the final year of WW2.

No.2 "Coffin Corner" follows the fortunes of a new airline in 1960s Singapore.

No.3. "Bear Bugger Cruise" goes to the Caribbean, where a man is reported overboard, but no one is apparently missing.

No.5. "Road to Mandalay' starts in the French Alps, but a cyber problem takes us much further afield.

No.6. 'Stasiland' is the eastern part Unified Germany, where political extremism is on the rise.

No.7. 'Letter from Galapagos' goes to the Pacific for some sailing skullduggery

An interesting story line. Part tourist guide to the European Eastern bloc, some romance, a critique on right wing political parties all wrapped up with an interesting plot that didn't disappoint. If you are wondering where this story is going just hang in there for I found it a rewarding read.

This book surprised me in the sense that I found it to be rather amusing. The narrator, Ed, an Englishman having his own kind of mid-life crisis after separating from his wife, is all set to travel across Europe in his own version of a gap year. His observations are witty and his interactions with other characters give the impression of a hapless, aimless man who is just looking for adventure.

The style of writing was easy to engage with and the plot was interesting. Ed makes a vast number of journeys across Europe and each time he mentions that 'Google tells him it is x kilometres to his destination' it gives you a sense of his middle age and need for adventure but within certain planned parameters (despite his attempts to be free and go with the flow).

The plot is timely in that it deals with issues of immigration, borders, racism, fascism, politics and the future of Europe. The host of characters are vividly described and feel authentic. It is a bit of a stretch that a random Englishman would be enlisted by German police to help with their enquiry but, who knows, maybe this has happened in real life?!

I initially wasn't sure about the era in which is was set as the title made me presume it was either when East and West Germany were still separate entities or shortly after the wall came down. However, it has a contemporary setting and feels so much more relevant because of that.

A book for the most part set in the former states of East Germany and Hungary. A political mystery about the realities of the fall of the Berlin Wall and the consequential rise in parts of Europe of the far right.

The story is told on the first person by Ed Blake a businessman at a comfortable time of his life. Financial well off; no longer needing to work as such but too young to retire. Emotionally single after a messy divorce and two grown up kids. He is on his version of a gap year to recharge his batteries and find a new project or direction to his life.

The recounts how is life is turned upside down when he stumbles across a body on a river cruise ship. When a crewman sees him standing over the body the police appear to no interest initially but to ‘arrest’ their chief suspect.

The question is posed ‘How can a foreigner expect to get a fair trial in such circumstances?’

The book is a lot deeper than this and it’s short chapters make it an easy and entertaining read.

Businessman Ed narrating must survive one imagines but at what cost. We are introduced to extremist politics, hatred for immigrants and a means of silencing those against the better way to power.

Intriguing and funny at times. Told in a self-effacing manner that carries the reader along and maintains interest. The backdrop of a former Communist landscape is both austere and full of new perspectives. The foreign police angle is always fascinating especially when they appear friendly but equally suspicious in motives and information shared.

Forced to stay and remain in contact he becomes keen to get involved in the case. While he may seem a friend, an Englishman at ease speaking German his conduct could be resented by the killers and his interest seen as too nosey for their safety.

This tension is not over-hyped but an ever present danger to the victim’s wife, son and those Blake associates with.

I like the locations. The action elements although the constant duration of car journeys and GPS a little tedious. It was like waiting for a cake to bake in a slow oven.

Apart from Road and River transport there was little mention of Rail and Air, and a more rapid journey.

Travel is all made in this laidback vacation vibe. That the author introducing such sloth in the plot yet gets away with a stimulating read is a result.

I look forward to more from this author.

This is the first I have read from this author and I hope to read more.

Stasis is about Ed Blake itrying to forget a messy divorce and the past by spending the summer driving around Europe in his silver Porsche. He gets no further than a small town on the river Elbe when he is arrested for a crime he did not commit.

The story is well written as are the development of the characters. A quite entertaining mystery.

After a career as a British Airways pilot, finishing on 747s, Rolf took to travel photography, with over 15,00 photo sales, and cruise lecturing, In these various roles he has visited over 110 countries.

Time now to write about some of those places and he has chosen the route of popular 'faction': fictional stories set in factual places and events. His aim is an easy read, a mix of adventure, history and romance. 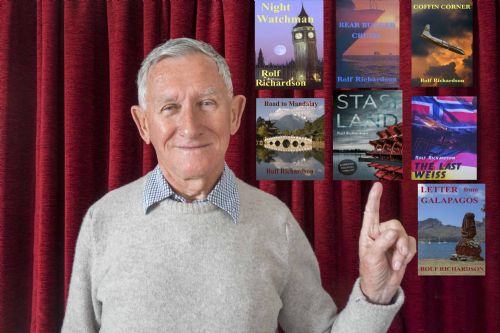 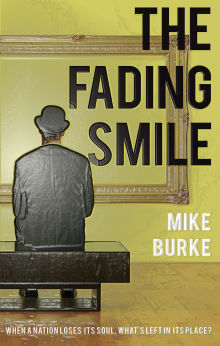