HOME › Bookshop › Contemporary › TOO LONG IN THE BUSINESS 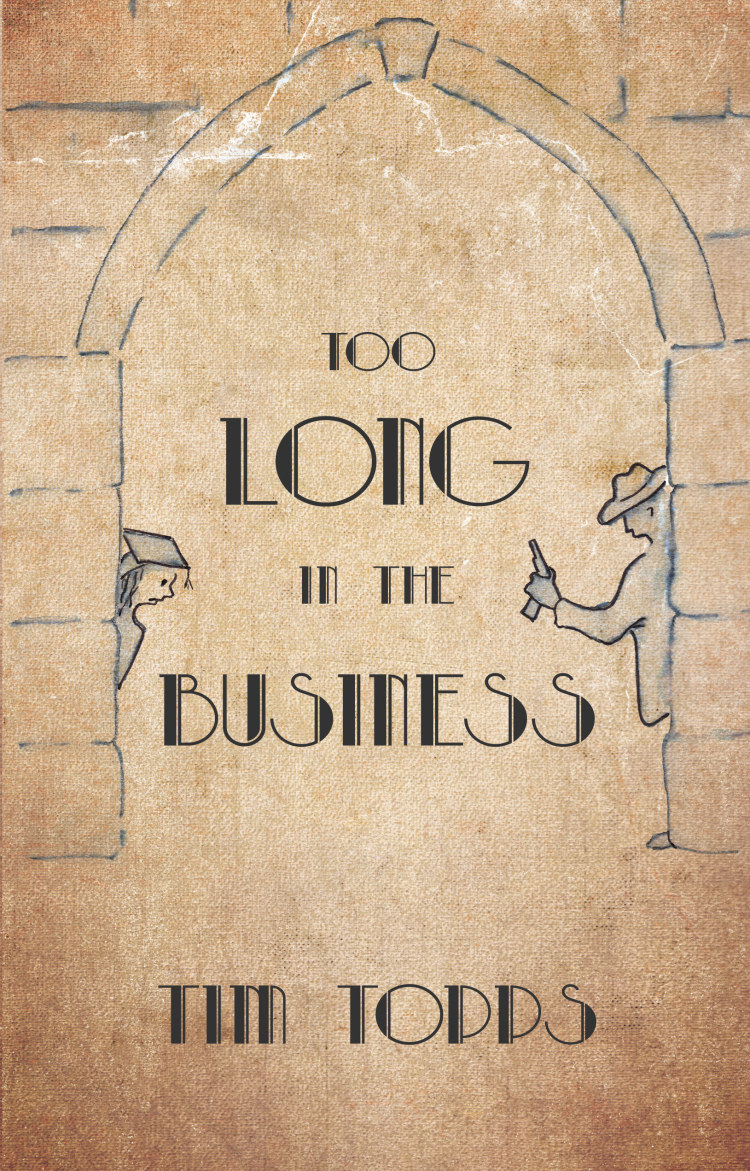 During a hilarious National Service and with university to follow, Tim Topps wonders what he can fruitfully sell to his contemporaries who will be going up to college, probably with wives and certainly with wartime memories. Disenchanted by his original idea about laundrettes, he decides upon insurance, learning too late from a rather pushy teenager called Branson that one should offer students what they want, not what they need! Nevertheless he sets up special schemes and successfully runs a student-oriented insurance brokerage, which evolves from a 1949 back street in Oxford to a nationwide business with tens of thousands of happy clients, some now famous in the media or sitting in The Lords (or even invading Iraq). But a somewhat unsuccessful venture into other student centres in Europe brought Tim into contact with COSEC, the outfit set up by the CIA, as was revealed in 1967 by the US student magazine Ramparts. Shots are fired: one by the CIA, the other by – he still can’t believe – the killer of Lord Erroll in Kenya, 1941, very likely linked to Baden Powell. Both of those shots are closely explored, revealing some interesting stuff that the author grimly insists is fiction… With an exclusive article being published in the Daily Mail mid-June, Too Long in the Business is set to be a hit with fans of humorous fiction, along with anyone who has been to a UK university, especially in the 50s-70s. 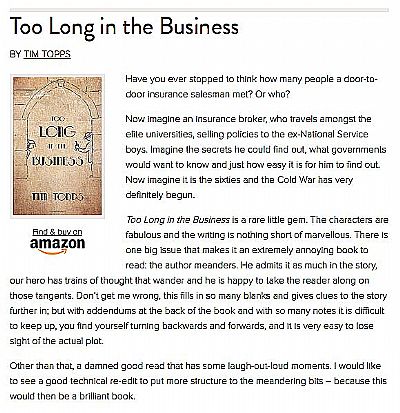 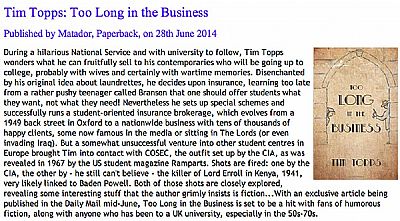 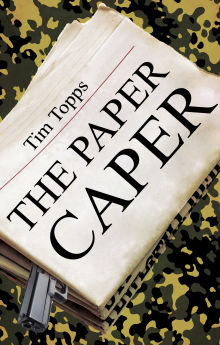 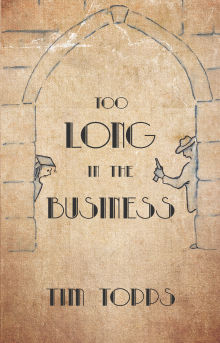 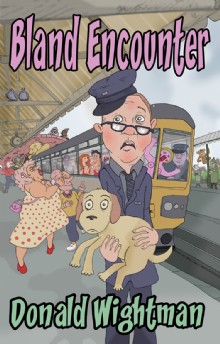