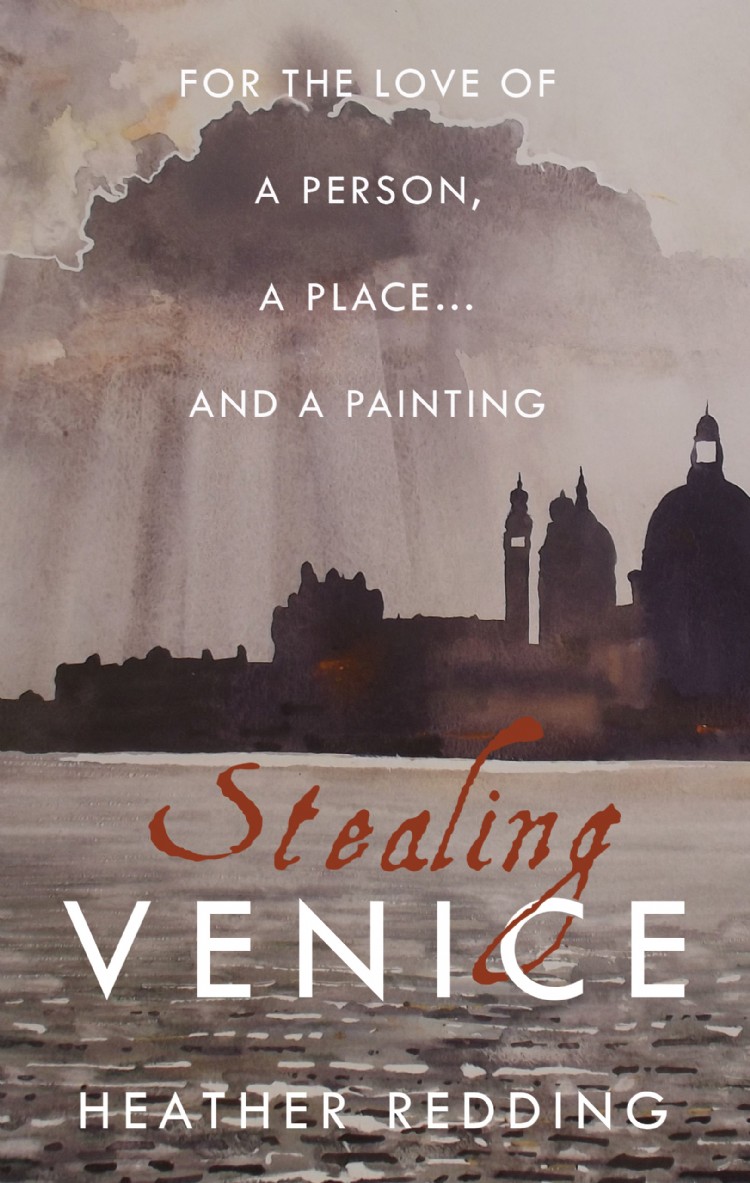 Set against the sumptuous backdrop of contemporary and sixteenth century Venice, this is the story of two women, Anna and Ginevra, separated by centuries, but whose destinies are determined by the merciless chemistry of love: for a person, a place... and a painting. When Anna takes a career break in Venice she is unprepared for the extraordinary pull of the city’s past over the present. Nor does she envisage being befriended by art historian, Vittore Anzelieri, and his nephew, Raffi. As her involvement with this charismatic family deepens, she finds herself embroiled in unravelling the secrets of a Renaissance masterpiece, and also having to fight for all that she holds dear – just as Ginevra had to, 500 years before. Although living very different lives, the hopes and aspirations of these two women are surprisingly similar, as are the corrupt powers that threaten to snatch away their happiness in this beautiful, but most illusionary, of cities. Stealing Venice is a love story, an art mystery, a powerful evocation of the world’s most iconic city, a study of grief and of having the courage to find and follow one’s true vocation in life. A captivating tale of two cities – London and Venice; of art and history; of theft and food. 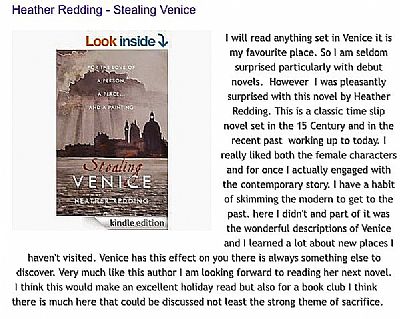 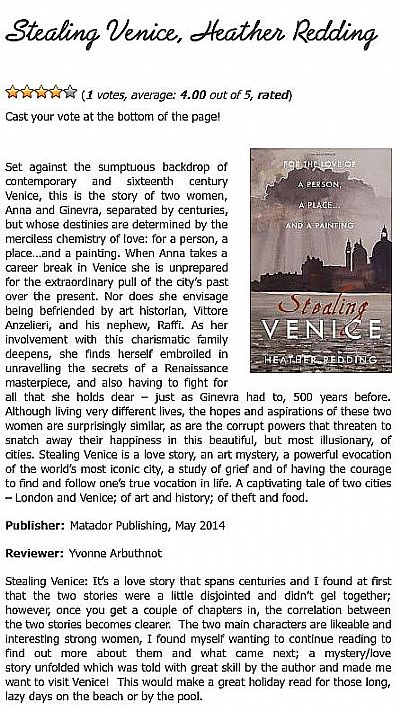 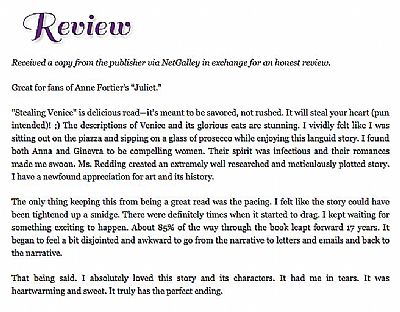 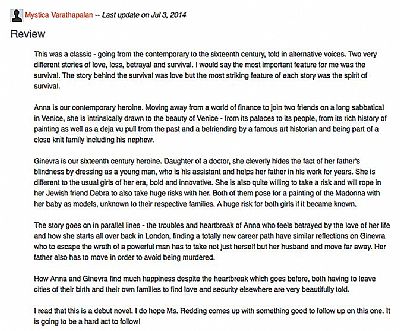 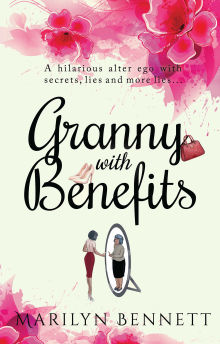 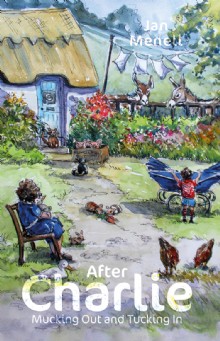 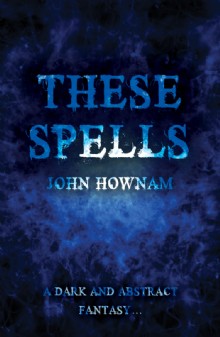 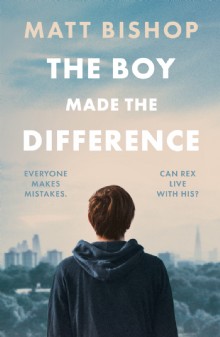 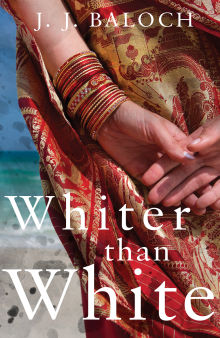 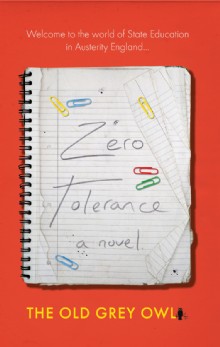 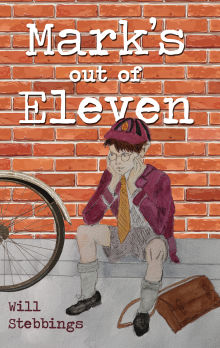 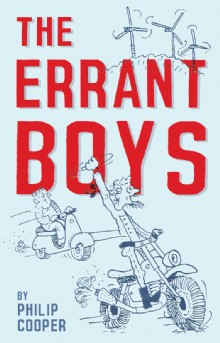