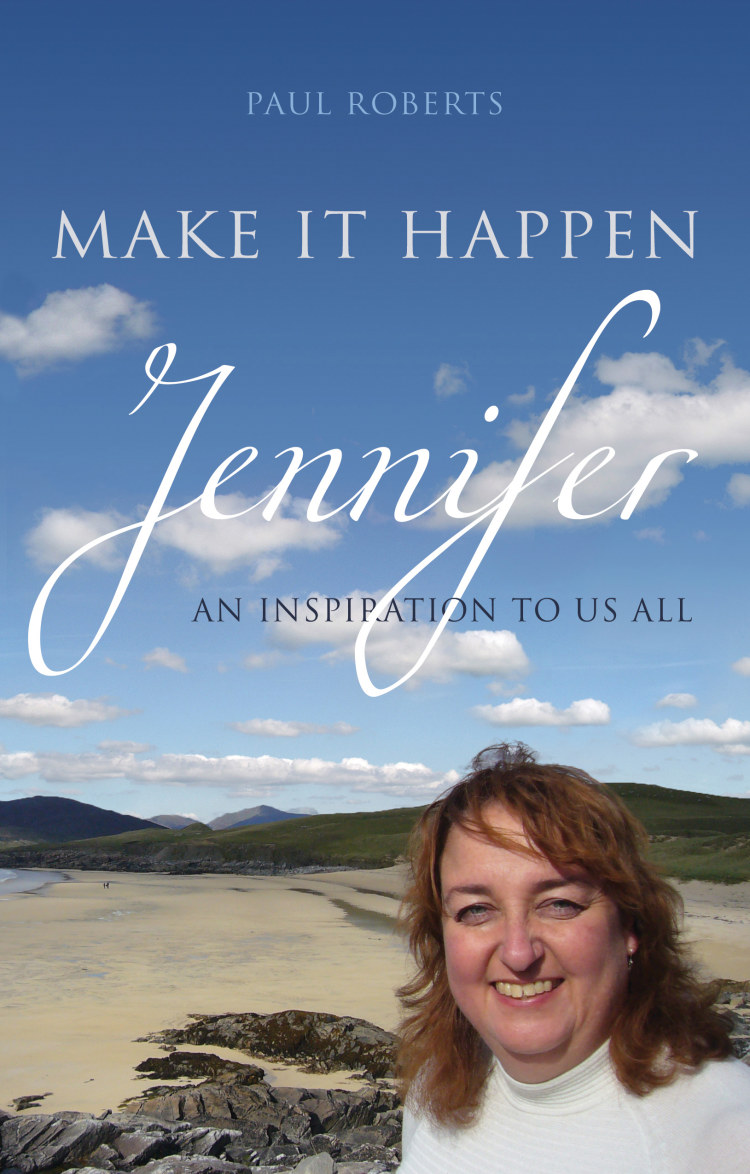 Jennifer – An inspiration to us all

Perhaps once in a lifetime we meet someone who has the ability to inspire us in one brief meeting, who can confront not one but two life-threatening illnesses with remarkable courage – and instil hope in others in the face of the greatest adversity. Jennifer Roberts was one of those people. Accomplished in defying the odds, she lived with a kidney transplant for 29 years and terminal lung cancer for more than 12 months. A larger than life character, she faced health challenges and fear with good humour and the warmest of smiles. As one of the UK’s leading dementia specialists, she worked to help transform the way we care for those with the condition, setting new benchmarks for supporting people living with dementia in their own homes. Regularly taking on professional and personal challenges that she was told were beyond her, Jennifer championed transplant donor campaigns and genuinely made every moment of her 51 years count. In the last year of her life, Jennifer achieved new highs in her career and quietly, without fuss, found time to help many others diagnosed with and receiving treatment for cancer. Written by her husband Paul, Jennifer’s uplifting never-say-die story tells of her bravery and immense determination to succeed, and how she found true love and happiness in her life. She and Paul shared a remarkable love story; they met in extraordinary circumstances, married in a Scottish castle and exchanged more than 1,000 love letters and cards in their near 13 years together. Make It Happen is a touching, bittersweet but ultimately uplifting read. It will be enjoyed by fans of biographies and those seeking an inspirational, true story. Proceeds from the book will go towards helping people living with cancer and kidney disease.

Make it Happen has reached an important new milestone - having raised more than £6,000 for cancer charities since its launch in March 2015. Books continue to sell at Cancer Research and hospice charity shops.
I spoke about Jenny's life at Pink Ribbon's second annual forum at London's Westbury Mayfair Hotel on Thursday, September 24. I was thrilled that Jenny's mum, Joan, was able to attend. Also there was Lesley Rimmer, former chief executive of the United Kingdom Home Care Association, who has written the foreword to Make it Happen.
The audience included some of the UK's leading cancer experts - including Chris Twelves, pharmacology and oncology professor at Leeds Cancer Research UK clinical centre, Michael Baum, professor emeritus of surgery at University College, London and Dr Damien Downing, president of the British Society for ecological medicine. The book was on sale at the event, with all proceeds going to Pink Ribbon, the breast cancer charity. My talk also helped to launch a major new project to produce an anthology of inspiring cancer stories to raise money for Pink Ribbon. It is hoped that the anthology will be published in book form in 2016 and that it will become a new online resource on the Pink Ribbon website.
Pink Ribbon have published an article about Jenny's life and Make it Happen on their website. They also include details about the anthology of inspiring cancer stories.
Jenny's story is helping people with all kinds of life-threatening illnesses - not just those with lung cancer. Her incredible courage and determination to live life to the full is continuing to inspire men and women facing the biggest crisis of their lives.
Make it Happen raised hundreds of pounds at a series of Cancer Research UK Race for Life 2015 events in Devon and Somerset in June and July. All proceeds from sales of the book went to the charity. Make it Happen was available for sale at the following Race for Life events:
Torbay - June 7
Plymouth - June 21
Barnstaple - July 5
Weston-Super-Mare - July 8
Exeter - July 25 and 26
Cancer Research UK agreed to allow the sale of the book at these events after my niece Lydia - who regularly takes part in the Exeter Race for Life - made a special plea to the charity. Words are insufficient to express my gratitude to Lydia for providing this amazing platform for the book. She arranged for a pink gazebo to provide cover for the Make it Happen display. Special leaflets to raise awareness of Make it Happen at the events were printed - again in pink. I attended most of the events in all weathers.
More than £4,000 has now been raised for two cancer charities since the launch of Make it Happen at the end of March 2015. The launch of Make it Happen in Somerset was a spectacular success, raising £1,000 for two local cancer charities. The book about Jenny's life was officially launched in the 13th century Undercroft at the Bishop's Palace, Wells. Forty people attended an event which included a presentation about the book and Jenny's remarkable achievements - and music from internationally acclaimed harpist Ruth Faber. The launch was held on what would have been our 12th wedding anniversary and the 80th birthday of Jenny's mum, Joan. In the evening, 18 of her close family and friends marked her birthday with a celebration dinner at the Mendip Inn. The following day, Joan and Jenny's dad, Glyn, accompanied me on a book signing at the St Margaret's Hospice shop in Glastonbury. The money raised - from the launch, the evening birthday dinner and the Glastonbury book signing - went to the hospice and Cancer Research Wells. I would like to say a big thank you to everyone who supported the launch and associated events. I could not have envisaged a better way to mark such an important milestone. A charity soul and motown music night, in Jenny's memory, held at the Bishop's Palace in Wells on April 11, 2015, raised more than £1,100 for Cancer Research. It featured Celestine, the Bristol-based star of the BBC talent show, The Voice, and her brilliant band. They were supported by local band, Truth & The Happy Endings. Well over 100 people attended the event.
I am so grateful to BBC Somerset for giving me 15 minutes of their time on Friday March 27 to talk about Jenny's life and the book. I was interviewed by Jack Murley who was moved by Jenny's story and her remarkable achievements.
I am thrilled that Books Monthly, the prestigious online review site who handpick a small number of titles each month are featuring Make it Happen for May 2015. The book is in good company - sharing a billing with Winston Graham's 'Poldark's Cornwall', Mary Berry's 'Absolute Favourites' and other notable publications. Books Monthly are very selective about what they feature so it's fantastic to be among those chosen.
My first interview about Make it Happen was on BBC Radio Scotland on Sunday, February 22. Homecarer, the magazine produced by the United Kingdom Home Care Association (UKHCA), for whom Jennifer worked as a consultant for more than 20 years, published an article about Make it Happen in their March issue. The Strathard News, a magazine for communities in the Trossachs, carries an article about the book in its March/April issue. And the Wells Journal published significant articles about Make it Happen and the charity soul and motown evening in its April 2 issue. The Bridport and Lyme Regis News carried a story about the book in their May 7 issue. Reviews of Make it Happen are starting to appear online. The latest is on Mojomums. 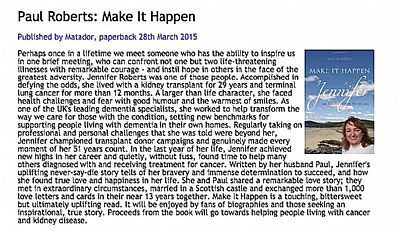 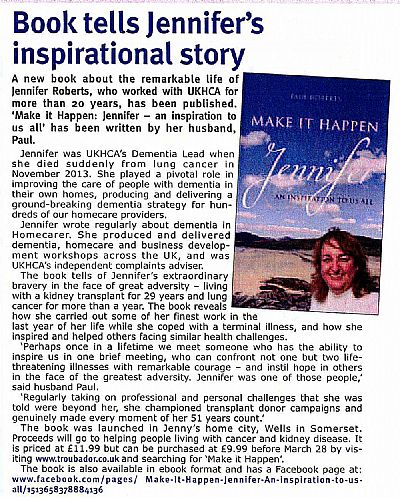 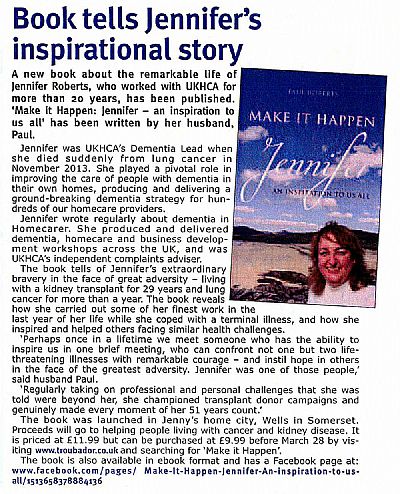 A beautiful, loving, inspirational and moving story of a truly incredible and courageous women.
The book made me feel sad, happy, proud and emotional.
I honestly think Jenny would be so so proud of the beautiful book you have written about her.
Not many people can write about the one they love, the one that they share an unbreakable bond with and this book shows its one of the most beautiful love stories I have had the pleasure of witnessing.
Thank you for writing a wonderful book about a wonderful person- Jenny x

I have been a professional writer since I was 16 – working as a reporter and editor on newspapers and magazines in Cornwall and Devon for 26 years. I was editor of The West Briton in Truro in 1995 when it was named the UK’s top paid-for weekly newspaper. It also became the highest selling weekly in the UK in the same year, winning a host of circulation awards. In 2001, my soon-to-be wife Jennifer and I took on a new challenge – running a busy fish and chip takeaway and cafe in Charmouth in Dorset. We turned the then seasonal business into an all-year-round enterprise, more than doubling the turnover – and winning a Good Eating Guide Certificate of Outstanding Achievement. We then moved to Scotland where Jennifer launched new home care and dementia businesses. Jennifer became dementia lead for two national organisations and helped to transform the online Dementia Gateway. I was her right hand man – helping her to achieve many highs in her remarkable career. My greatest achievement was marrying Jennifer, the most courageous and inspirational person I have ever met. A long term kidney transplant patient, she was diagnosed with terminal lung cancer in 2012. She achieved extraordinary things throughout her life – never once allowing kidney disease or cancer to take over her life. When she passed away in 2013, I spent many sleepless nights writing about her...and us. My biography of Jennifer (Make it Happen: Jennifer – an inspiration to us all) started to take shape and I am thrilled that her compelling story will now be available for everyone to read. Proceeds will benefit cancer and kidney charities. This is my first book. A keen family history researcher, I am now writing about my great-great-grandfather who had 30 grandsons fighting in the Great War. I am hoping to have his story published in late 2015. A father of two, I was born in Morchard Bishop, in the heart of Devon. I grew up on my parents' farm and became a trainee reporter on The Cornishman newspaper in Penzance in 1974. I am 56.

Paul - a professional writer for 40 years

Our wedding day in 2003. Picture by Norma Ann Photography, Glasgow 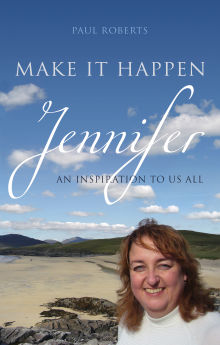 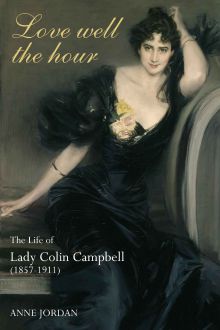 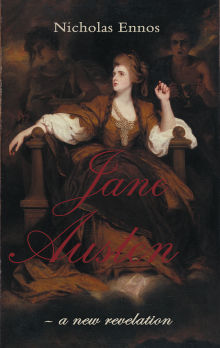 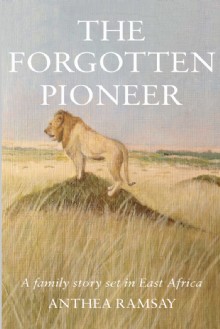