HOME › Bookshop › Biography › GROWLING IN THE KENNEL OF JUSTICE 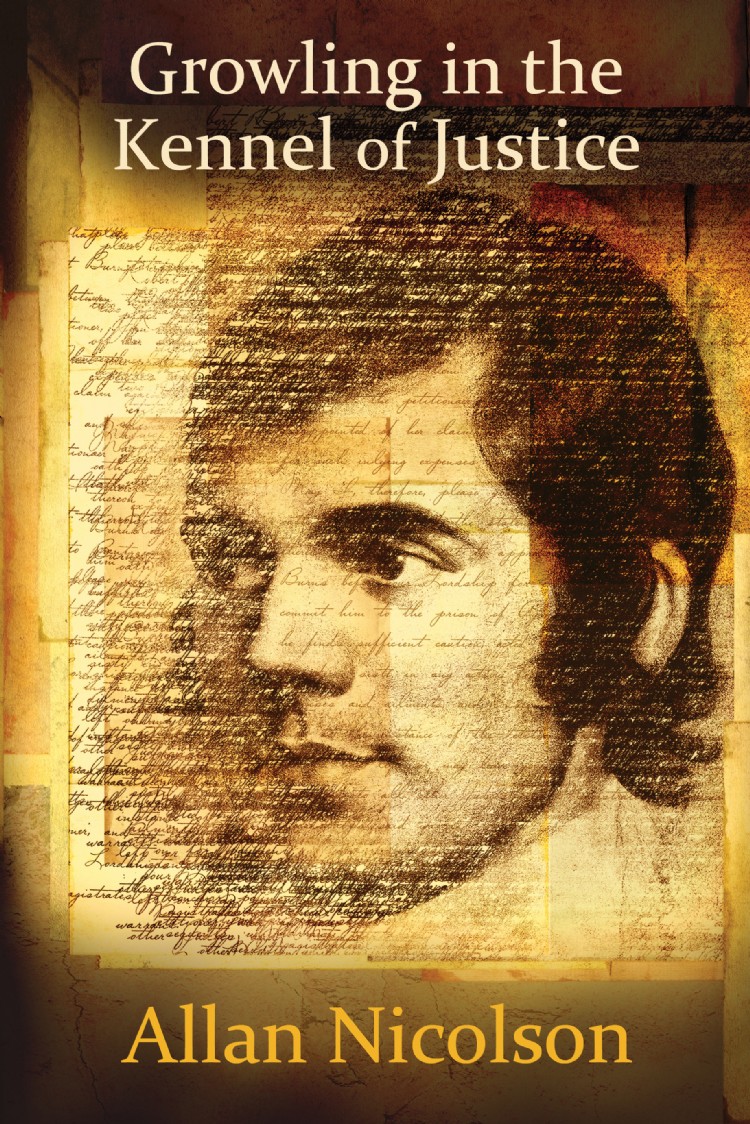 Lawyers' reflections on the legacy of Robert Burns

In unfolding the backstory of the Bard’s life and working through the voices of 22 lawyers from Burns’s era, Allan Nicolson subtly unravels a tale at once familiar and new – even startling at times. Blending Burns’s verse, correspondence and law reports of the time, Nicolson has been able to build up a novel analysis of the legacy of the Scottish poet. Steeped in the atmosphere of that era, the narratives are peppered with details of bank failures, land disputes, bankruptcies, threats of dismissal, court actions for breach of copyright, and support claims for Burns’s many illegitimate children, which, alongside the poet’s verse and correspondence, reveal hitherto unexplored areas of life in late 18th century Scotland. Nicolson has drawn on actual legal documents to make his case, uncovering new material in the process, and many are included together with his own reconstructions of documents long since destroyed. The accounts confirm the grip the upper class had on Scottish society at that time, maintained by judicial bias and political patronage. Personal accounts of their recollections of the poet are provided by a range of lawyers – all of whom knew Burns – including judges, advocates, local solicitors in provincial towns and one of Scotland’s leading institutional writers. The most eminent narrator is Sir Walter Scott, an advocate who met Burns only once but who assisted in raising funds for memorials to the poet, and who had much to say about his politics as well as his lasting contribution to British literature. This fascinating account will be enjoyed by Burns enthusiasts and readers who are passionate about historical fiction. The educational elements and bold legal research will provide the reader with an idea of how the legend of Robert Burns came into being. In writing about Burns and Scotland in his time, Allan Nicolson drew inspiration from the works of James A. Mackay and Michael Fry.