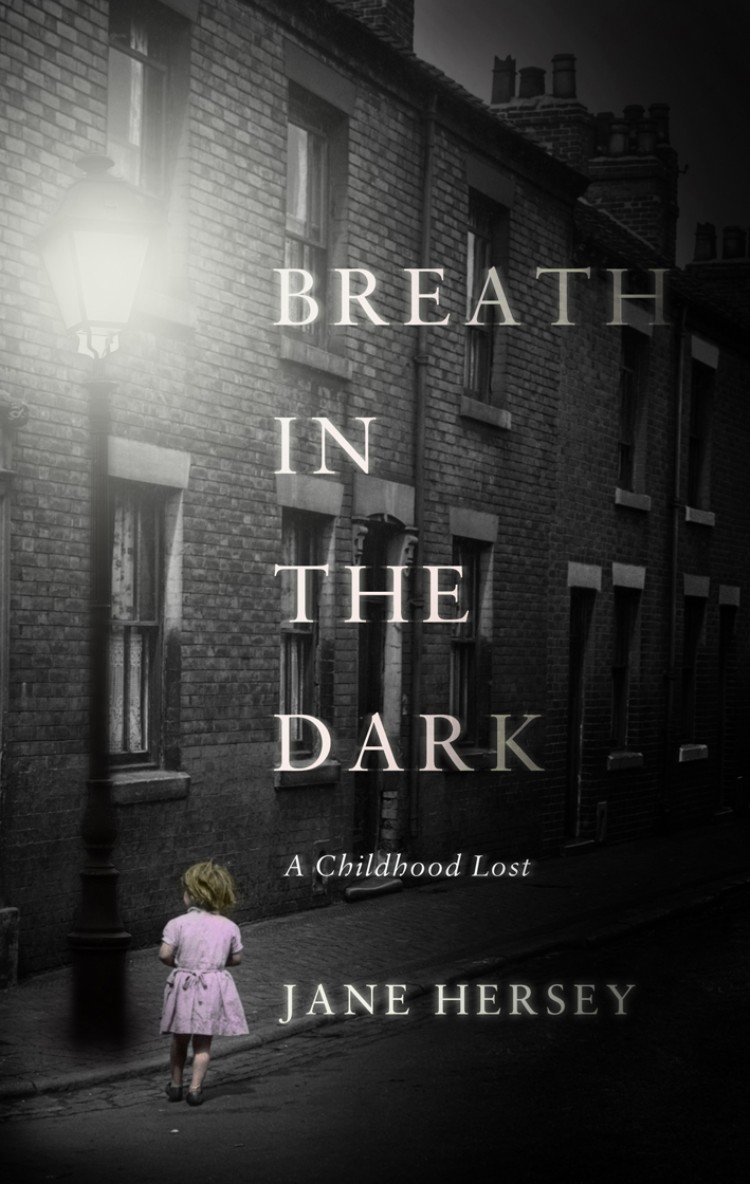 Settling down on the bed, I stroked the plump, still body, watching my mother’s face just to make sure she was still breathing. As a 6 year old that was all I wanted, not toys or chocolates or comforts, just to know my mother was still alive was enough. Jane Hersey’s biography is told through the thoughts and voice of a traumatized, isolated child, enduring the stresses and strains of day-to-day life under difficult circumstances in 1960s Manchester. As a six year old child with sole care of a mother suffering with clinical depression, diabetes and eating disorders, Jane is ostracized by the Jewish community and the community at large. Breath in the Dark is the heart-rending story of a girl socially isolated, neglected, physically, emotionally and sexually abused and living in poverty. “From the first lines of Breath in the Dark, there is a powerful sense that this is special. The simplicity of Jane’s style, the clarity of the child’s voice and the intensity of emotion fired in those few words had me hooked from the start. [...] Jane expresses the beautiful mix of confusion, faith and fear that characterises her childhood effortlessly... There is so much I could say about Breath in the Dark, it’s excellent narrative, incredible intensity and the unfakeable ring of truth it carries. [...] Every part of it is an extremely powerful reading experience: it is heartbreaking and fascinating in equal amounts.” - Review by Harper Collins 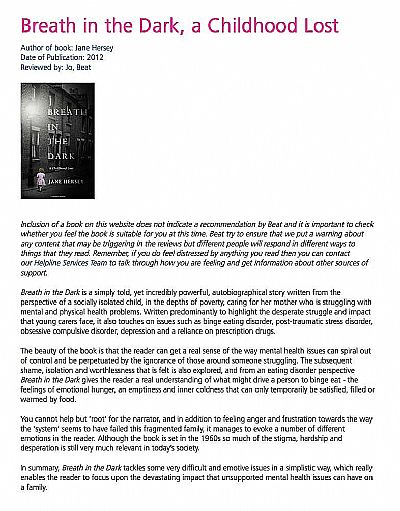 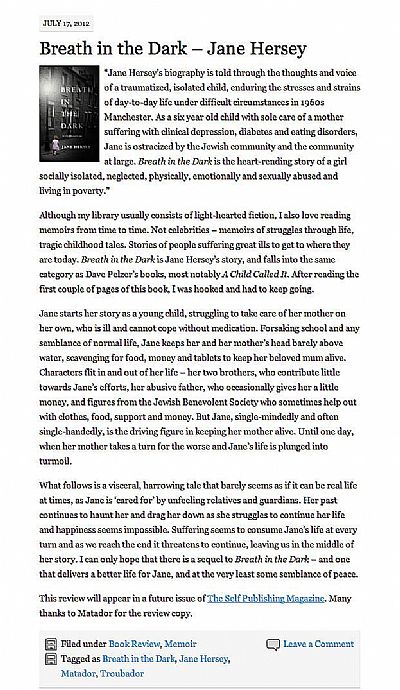 I was born in the Cheetham Hill area of Manchester in 1953. This area of Manchester was part of one of the largest Jewish communities outside London. I have lived on the Fylde Coast for the past 30 years. As well as writing I have many interests which include gardening, cooking, walking and classical music.

In 1980 I moved in with my husband to be. I thought my behaviour was normal, eventhough I was in a constant state of physical and mental breakdown. Frequently running away, attempting to find another family in case this one failed. My sexual and emotional feelings misplaced and confused, an 'obsessive' loop had developed because of all the years of isolation and lack of stimulation. Every new event and conversation had to be replayed in my mind to the point of mental exhaustion. My husband was deeply concerned. I was admitted to a psychiatric unit and my husband was told that I would never be able to lead an independent life. In 1984 I was reluctantly given a place in a psychotherapeutic community. Soon after I was told that I was intelligent and that I could use my intelligence to help myself. I asked them how they would 'cure' me. I was told that I had to live with my memories and personality, they couldn't be erased. In psychotherapy I learned about myself, about others and about the real world. In other words I started to develop as a human being with the psychological tools to tentatively navigate my way through life.

The aim of my writing is to try to raise awareness of the effects of deep and prolonged poverty and deprivation. 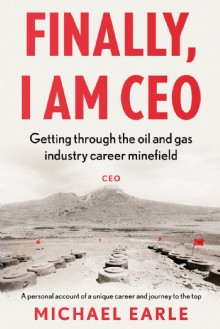 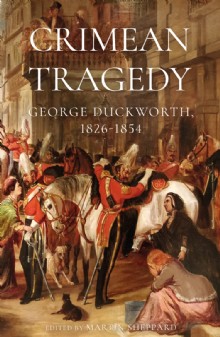